Even though it seems that January is ages away and that Chelsea have spent enough this season Chelsea’s recent poor form proves that their squad is still not complete. 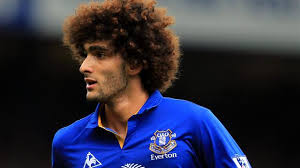 The Blues desperately need a physical presence in midfield with the game against Juventus last night showing that John Obi Mikel is just not good enough. Plus Frank Lampard, while clearly capable, isn’t exactly getting any younger.

So with Marouane Fellaini telling Het Nieuwsblad, “I have started my fifth season at Everton. This will be one of my last seasons. I have seen everything. In January, or at the end of the season, I will look for another club or league.”, It would seem stupid to let the possibility of signing a young, quality and Premier League proven player, slip by.

Fellaini has been greatly praised for his excellent showings for Everton this season and this has been noted by David Moyes who has told the Sunday Mirror, “Whatever happens now, whatever Fellaini says, he is here for at least the next four months. He might be here even longer than that, I don’t know. I have got no problem if other clubs start circling for my players. None at all. What I do know is that they can’t come in and take any of my players until January and we are only in September. What I do know for certain, though, is that Fellaini has got a five-year contract here. So clubs can circle, but the window has just shut, and we’re in a strong ­position as far as his contract is concerned.”

David Moyes has reportedly put a £30million price tag on the Belgian International. A fee which is likely to hold off interest for a while, but one which is also easily affordable for a club of Chelsea’s Financial power.

Radamal Falcao has also been linked with the Blues. The Columbian international is quite clearly one of if not the best out and out striker on the planet and would surely cost Chelsea a lot of money.

Earlier in September articles have already reported that Chelsea have agreed a fee of £48million for the player and that the deal will go through in January, but this being football it won’t be that simple with Real Madrid also fancying a cheeky punt at Atletico Madrid’s main man.

How Chelsea’s could look with Fellaini and Falcao:

The team above seems a lot better than Chelsea’s current starting XI doesn’t it?