D-Day for Mali and Keshi

Mali take on Malawi on Monday knowing only a win will give them a chance of reaching the African Cup of Nations quarter-finals. Thus far, the Eagles have lived up to their perennial underachievers tag. However, a remarkable four goal comeback against Angola and Malawi’s surprising 3-0 thumping of Algeria means they still retain a realistic hope of progression.

Manager, Stephen Keshi, predicted big things pre-tournament, although many would argue apart from a 13-minute, four goal blitz that the Eagles have failed to show up in Angola. Wholesale changes were made between the opening two fixtures and star players Seydou Keita, Mohamed Sissoko and Frederic Kanoute have been left to warm the bench at various stages. Perhaps it could be argued that for a team who notoriously fail to deliver, consistency in selection could be a benchmark to reversing that trend.

Inconsistencies will be the last thing on Malawi minds though; as the carrot of surviving in the tournament will see the Flames create history. A victory will secure them a place in the knockout phase for the first time, while a draw and a favourable result in the other match could also see them progress.

The reality is far starker for the Malians. Sitting bottom of the group on one point, Keshi’s men must first defeat their opponents, while a comprehensive victory could prove all the more useful. Sealing that target over the Flames would see them overtaken and then a whole set of permutations would kick-in with regards to the Angola Algeria fixture.

A win or draw for Angola would see Mali progress at the expense of Algeria either by the odd point or on goal difference.

However, if the Algerians defeat the hosts, the Eagles qualification becomes more complex. Angola and Mali would only be separated by goal difference and with the Black Antelopes currently on +2, while Mali hold a -1 difference, the Eagles would need to ensure a sizeable win to overtake that margin. 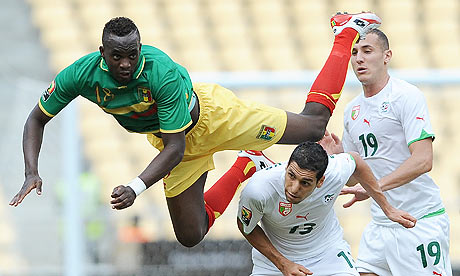 Qualification aside, Mali needs to start playing with some form of fluidity and reduce the number of basic errors at the back. That leadership must first come from Keshi. This means selecting the best 11 at his disposal, with Sissoko and Mahamadou Diarra protecting the back four, enabling Keita to bomb forward in support of Kanoute.

On paper at least, Malawi represents the weakest team Mali has faced. In spite of their stunning victory over the Desert Foxes that status remains unchanged. The Eagles must use this to pray on their inexperience and test their mettle. Having only picked up a point from their opening two games, the gods have smiled on Keshi’s men and left their destiny in their own hands. This is the perfect match for them to end their jittery performances, qualify with a solid display and significant victory.