Fergie thinking of loaning out Foster Ferguson has said that he is ready to discuss with Ben Foster about the possibility of sending him out on loan for the rest of the season in order to play regular first-team football. The recalling of Kuszczak for the match against Bolton means that Foster wonâ€™t be taking part in many matches this season.

Ferguson has said that he has chosen Kuszczak ahead of Foster because the Polish is registered to play in the Champions League, while Foster is not. Hence, Ferguson is taking a precautionary approach in the case that Edwin isnâ€™t yet fit for the quarter-final first leg against Roma, by giving Kuszczak as much match practise as possible.

Another issue that might have an influence on th decision taken regarding Foster, is Van der Sarâ€™s recurrence of a groin injury this season. This may cause Man Utd to be short of goalkeepers, which is not the ideal at this stage of the season. 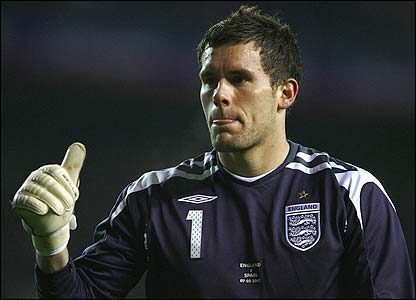