George Burley, Short but not so Sweet

The revolving doors at Palace appear to show no ill effect following the recent cold snap as today, the first of a new year, Eagles fans wave goodbye to one man and say hello to another. Yes, it was inevitable to be honest, the appalling league form had caused a rough mood for our followers over the festive period. Performances sadly reflected the results, the club was cast further adrift of our rivals as they were forced to postpone games while we were losing ours. Now our competitors are seen with an advantage of having games in hand, Scunthorpe for one have 2 on us as The Iron struggle themselves in 22nd place, one above ourselves.

The last 6 games have seen us collect  just 5 points. As much as I hate to admit, that is relegation form and it is again a distinct possibility that we could tumble into League 1. But forgetting the last 6 matches, we have struggled all season. When searching for the problem, you are always driven to one suspect naturally and that is the manager, George Burley.

Since arriving during the summer, Palace have amounted 22 points from 24 matches with the worst goal difference in the division (-19). But stats can back up anyone’s argument when used correctly, Burley has failed with his tactics time and time again. The general ethos from when he took charge was that we would play with the ball on the deck, the way his previous successful sides (Ipswich, Derby and Southampton if you had forgotten or don’t believe me) had tackled the game. With a beleaguered side inherited, this was the chance to structure a team exactly how he had idealised. Instead he has relied on lacklustre loan signings and strange freebies. Those permanent ones included David Wright, Owen Garvan, Adam Barrett, Andy Dorman and Lewis Price.

Without implying these signings are bad players, I will attempt to explain how they are not suited to Burley’s brand of football. Wright has been deployed at left back when he is obviously right footed, Garvan has the opposite ability being that he is mostly left footed and slow when receiving possession. As for the other 3, they have not featured so much. Burley did not take the opportunity to strengthen and has relied on loans which will only work for so long. He has instead piled heaps of pressure onto Wilfried Zaha’s shoulders, starting him as our main attacking outlet, allowing Alan Lee to move to Huddersfield when he was a) considered a hero at Selhurst and b) able to hold the ball up and stick his head on the odd cross.

The loans have not exactly been successful either; Jon Obika is being wasted here when a team like Walsall, Dagenham & Redbridge or even Hereford struggle in their respected divisions. Anthony Gardner has been solid in his few matches but injury has blighted his spell. Not truly comfortable on the ball, he tends to only worry about how far away the ball is from the penalty area, which is fair enough but not fitting in with the game plan. Pablo Counago has been hit and miss along with James Vaughan who has played as a target man for the long ball mainly. With pace like Vaughan’s, it seems crazy to use him in that way. Julian Bennett has hardly featured and Alex Marrow, who has endured an injury problem already and faces another spell out following todays match versus Millwall. Honestly, only Marrow and Vaughan have showed any passion and skill for the cause.

You can forget Edgar Davids, a complete waste of time and money who cost us games and caused confrontation in the camp, yet Burley insisted on playing him. Every Palace fan breathed a sigh of relief when he decided not to carry on with us, as Burley was not going to change his ways. He rarely does. The reason for conceding so late on numerous times already this season is down to lazy management. He refused to change things at Middlesbrough until we went 2-1 behind, he left Zaha and Vaughan up front for 88 minutes when we were down to 10 men and getting battered against Sheffield United. The same for Leeds, we had made one change up until the 86th minute when we threw on Zaha. This shows either low confidence in his bench or a fear of changing the flow of the game. A nervous manager is not a man I would like to have managing my team.

But we stuck by him. Teams around us were offloading their managers quicker than Asda could sell turkeys, clearly panicking. Co-chairmen Parish and Long convinced us that they had made the right choice, that they had full confidence in Burley and as fans we had to comply. We were not inside the camp and witnessing what Parish had access to. It was almost as though we felt we belonged by the bottom, that 21st place was our target. Ultimately yes but losing games we feel we should win is not good. Especially when the losses are 3-0, 5-0, 4-3 or 3-2. The defence is a mess and Burley being a former defender himself has done little to tighten the leaky barrier. Speroni is a great keeper, he does not concede so many goals that easily. Paddy McCarthy is not a bad centre back and Clyne is a highly rated right back, these players do not belong in the position we are in.

Neither do Darren Ambrose or Neil Danns. The situation has not been helped by injuries to the pair but Burley has not been able to generate the sort of form required to stay in this division. That is ultimately his fault. Regardless of anything Parish or Long have said, it IS his fault we are down here and the fans were well behind the decision to sack him today. I won’t even go into detail as it’s Millwall but it was embarrassing.

Thanks George but you failed. You had the best intentions no doubt but you did little to stamp your authority into the team and we are left searching for a new boss.

So who will it be? 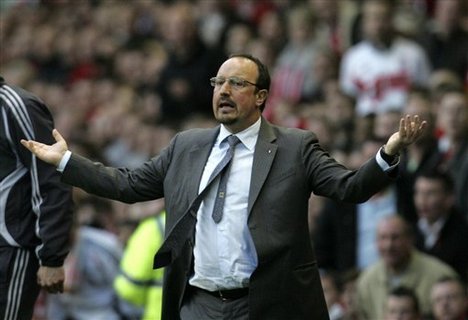 But as Burley left, I mentioned someone else came in, Steffen Iversen. Yes him! The ex-Spurs and Wolves striker arrives on a free from Norwegian club Rosenborg. Palace, in much need of attacking presence, will appreciate his aerial abilities and will no doubt fit into the team even though the man who brought him here is no longer affiliated with the club. Further transfers are rumoured but as the first day of the new transfer window closes, we may have to wait until we have a new man at the helm until we can welcome those new faces.

N.B. If there are any cricketing fans reading this, feel free to check out my other blog: http://cricketwrite.blogspot.com/ Views and feedback are welcomed very much, as they are on this site too.