Jim Gannon – The Story So Far.

Gannon has only been in charge at Posh for 4 games but already there is a sense of optimism around London Road that hasn’t been felt for a very long time. Two home games resulting in six points has helped Gannon endear himself to the Peterborough United faithful but, it is not just performances on the pitch that are impressing, but his interviews with the media as well. In just four games he has won as many league games as Darren Ferguson did and has surpassed Mark Cooper’s record of just one win.

It is still early days in Gannon’s spell but much can be read into his style of management already. His favoured system seems to be a 4-2-3-1. More conventional positions have been changed with defensive and attacking midfielders being replaced by the more flamboyantly named “shielders” and “penetrators”. The way he wants he football to be played follows in the same manner; silky and smooth. 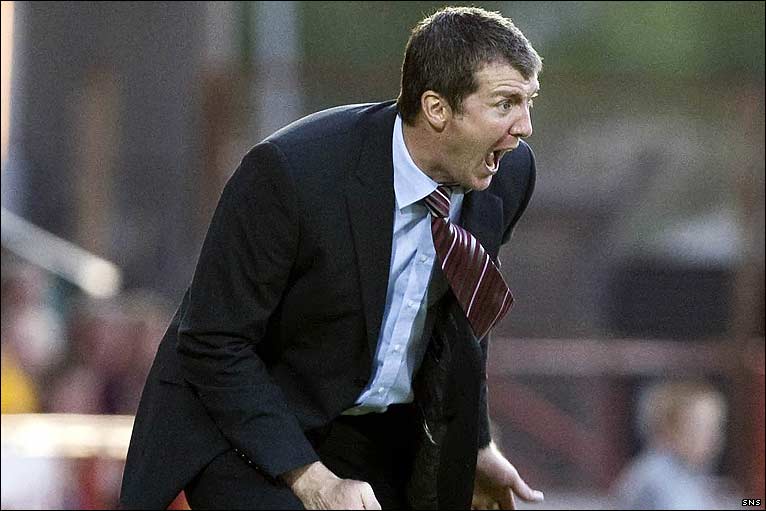 Flowing football is something very high up on Gannon’s agenda, he believes football should be played with the team having “smiles on their faces” and Posh have most certainly been more happy to pass the ball around and retain possession more than ever before, even in promotion campaigns. But it was only against Ipswich that the possession was used to create chances on a regular basis, eleven, to be precise.

Gannon has also shown his ruthlessness, Mackail-Smith, a fundamental part of Posh’s promotion campaigns, has seemingly fallen out of favour with the new ‘gaffer’ after not being able to fit into the system that Gannon wants to play. After the Ipswich game, where Mackail-Smith was subbed after just 33 minutes, the former Motherwell and Stockport manager stated that “he would not risk going against his principles again”. Mackail-Smith showed his frustration at being subbed storming off down the London Road tunnel, a Motherwell player was sold after a similar incident, and with limited first team football and this show of dissent it is likely the former Dagenham man’s days are numbered. Aaron McLean has been replaced by Liam Dickinson and has handed in a transfer request, which has not been retracted, which leaves two of Posh’s major stars in previous years likely to leave the club in the summer. Gannon’s naturally down to earth manner in interviews conveys sense, he appears knowledgeable in every question put towards him, but he also isn’t afraid to speak his mind. He criticised a section of the Peterborough United crowd after showing negativity towards his decision to substitute crowd favourite, Mackail-Smith, a tactic that would not be used by many newly appointed managers to strengthen their popularity however Gannon still seems to have become an instant hit with the London Road faithful, even before he had managed the team on a matchday fans of Posh seemed delighted. It is not just Posh fans that he has criticised though, Gannon called Stockport fans “Philistines” after they booed his side’s first half performance adding if they don’t like his passing football they should watch the rugby, played in the same ground, by Sale Sharks. Yet this still hasn’t detracted from his image as a Stockport legend.

The former Stockport manager has always showed he isn’t afraid to play younger players; he will chuck them in at the deep end. In fact in Stockport’s League 1 campaign his team’s average age was just 20 years old, and at Motherwell he dropped three experienced players to start youthful prospects. Danny Mills, a player generally consigned to reserve squads has seen himself named on the ‘bench’ already under Gannon and it may not be too long before other youngsters break into the first team.

Relationships off the pitch have been speculated, Gannon is a colourful character and both MacAnthony and Barry Fry, two men with massive power at London Road, are also not afraid to speak their minds, but so far it has been calm, no word of any behind-the-scenes un rest has come out of the club. Yet, under Cooper and Ferguson, rumours were spreading on a regular basis of fall-outs within the Posh hierarchy.

Bringing back Liam Dickinson seems to already have paid off for Gannon, his first signing for the club, Dickinson played a part in two of Posh’s three goals against Ipswich. He and Tommy Rowe have made their admiration of Gannon clear; Rowe stated he “owes everything to Gannon” and Dickinson immediately celebrated with his former boss after scoring.

Gannon is also a stickler for research, every opponent is studied in depth, a big change from Mark Cooper stating his team “prepared like it was the World Cup final” before losing to Sheffield Wednesday; Gannon prepares like this for every game, nothing is left to chance, he has been known to spend 5 or 6 hours preparing a DVD for his team to watch, studying his next opponents weaknesses and strengths in meticulous detail.

It is said with no doubt that Gannon is a thoroughly passionate football manager, he has been known to publicly criticise anyone within the football club; tea lady or chairman. He rarely sits down during matches, often bellowing instructions out to anyone seen doing something that is not benefiting the team. A serial critic of referees, he has often been in trouble, especially in Scotland where a public fall out with the head of the S.F.A’s development of referees, Hugh Dallas, was highly documented. During the Ipswich match he and Roy Keane had a heated debate in their respective dug-outs over something that the two managers disagreed with.

The London Road faithful will be careful not to get carried away, the team is still nine points from safety and nothing short of promotion form will be good enough to keep the club in the Championship next season but Gannon’s appointment has brought with it hope amongst the fans; even if Posh do go down many believe, under Gannon, Posh will be able to re-build and come back stronger, many Stockport fans believe he will keep Peterborough up such is their respect for their former manager. Optimism has been a rare thing this season for Posh but with Gannon’s style of football and excellent track record the future looks a little brighter than it did a month ago, no matter that the final outcome of this season is.