Leicester City are on the verge of completing a deal for Portuguese legendary goalkeeper Ricardo. The 34 year old has been training with Leicester City for the past week, and Sven Goran Eriksson is keen to bring the experienced goalkeeper to the Walkers Stadium.

Ricardo was the penalty saving hero in both Euro 2004 and World Cup 2006, after he single handily sent Portugal through to two Semi Finals, both matches were against England the period in which Eriksson managed the national side.

The Swedish manager is keen to sign up a goalkeeper, and Ricardo could be the likely answer. Both Tomasz Kuszcack and Shay Given have rejected the Foxes in the past month, but the former Boavista and Sporting Lisbon goalkeeper is set to join the Foxes before the transfer window closes.

In other transfer news, Curtis Davies has completed a deal with Birmingham City a fee rumoured to be around £3.5 million. After Davies decided to reject Leicester, Sven Goran Eriksson is still keen on bringing an experienced centre back to the Walkers Stadium.

Meanwhile Michael Johnson has yet again been linked with the Foxes; however the Manchester City midfielder who has had many injury problems in the past year, will most likely join Leeds United on loan, the club he supported as a youngster. 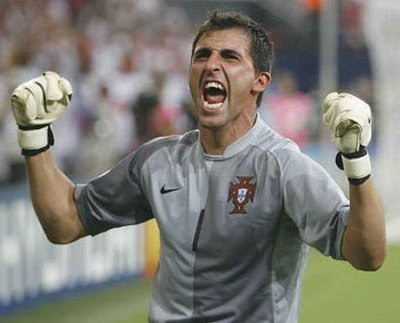 Birmingham To Snatch Davies?
Leicester Snap Up Another Nigerian