Manchester City continued their slow run of form witha fifth consecutive draw as Burnley deservedly picked up their first away point of the season.

The pressure is certainly mounting on City manager Mark Hughes to get City back on track for the top four, as Burnley seemed to have more desire and heart than his side. Questions remain over expensive acquisitions like Joleon Lescott after yet another poor display. Mark Hughes will surely know 5 draws,with no disrespect intended, against teams like Burnley, Birmingham and Fulham is not good enough for a talent filled side like his. However, for all this talent in his squad, they just don’t look like a team in recent games. On the other hand, Burnley fans should be very happy with the start they have made in the premier league sitting 10th in the premier league, 6 points above the drop zone, should be seen as a great start for Burnley.

City brought in Toure, Ireland and Adebayor for Kompany, De Jong and Santa Cruz after the disappointing 0-0 draw away to Birmingham last Sunday evening. Whilst Tyrone Mears and Stephen Jordan returned to a much different City side than they will remember from their time at the club.

Burnley looked confident and composed straight from the first whistle after they had gained yet another home win against Hull last weekend. Their bright start was rewarded when a Tyrone Mears cross found Lescott’s arms hanging in the air for a penalty to be awarded for the away side. The dependable Graham Alexander tucked away the penalty to give Burnley fans hope of a first away win of the season. These hopes seemed to be turning into reality when a shell shocked City conceded a second goal in consecutive league home games. The holes in City’s defence were exploited again when former Manchester United winger, Chris Eagles found room to slide the ball across for Scotland international, Steven Fletcher to tap home and leave the City fans in complete silence. 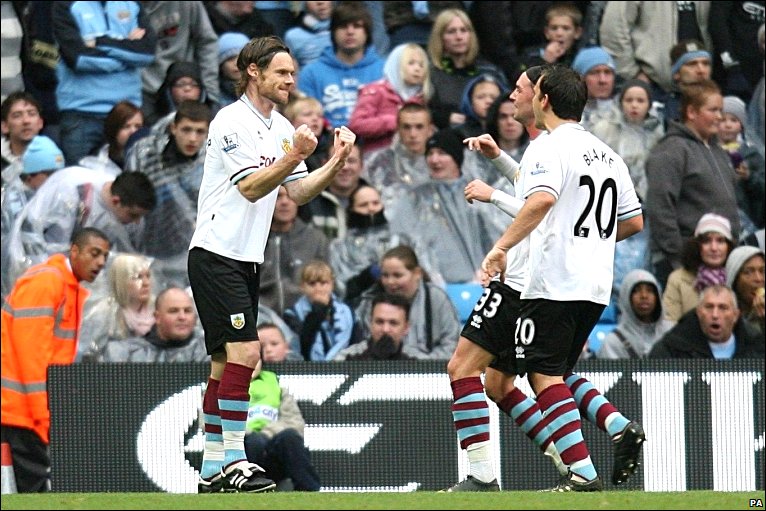 This goal had finally stunned City into action after the second goal as Bellamy was released down the left hand side, only to see his low drive diverted away from goal by the “beast” Brian Jensen. However, a deflected shot from Wright-Phillips swivelled away from Jensen and into the corner of the goal to raise the City faithful just before the break.

With the City fans full of belief of a comeback, City sprung into action at the start of the second half. A Carlos Tevez free-kick was comfortably saved by Jensen and Ireland came no closer from 22 yards out. However, City deservedly pulled level on the 54th minute thanks to captain, Kolo Toure’s second goal of the season. A Gareth Barry free-kick found Lescott lurking at the far post to place the ball into the pathof his central defensive partner to sweep home from close range. With the bumper crowd in fine voice, City finally went ahead three minutes later. The impressive Shaun Wright-Phillips picked out Craig Bellamy to powerfully put the ball past Jensen for his 5th goal of the campaign. 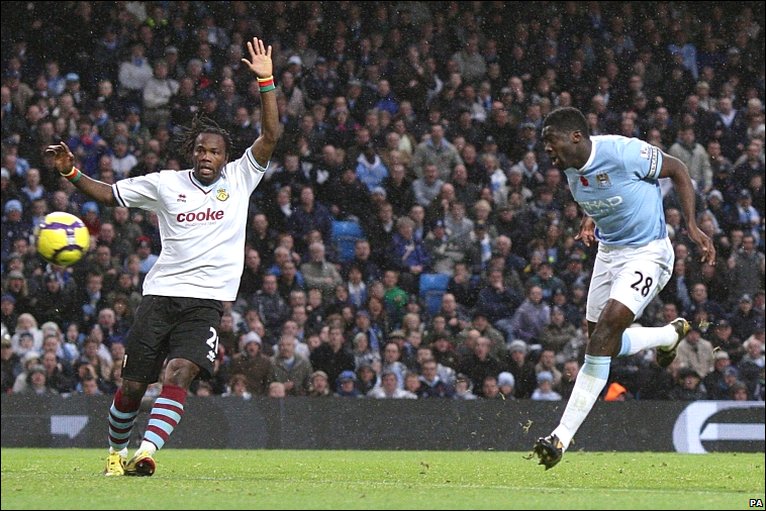 City failed to add a fourth as Tevez failed to convert from close range and Burnley cleared a Clarke Carlisle deflection off the line. City were made to rue these missed chances by Burnley. A smart move saw Nugent cross the ball for Fletcher to head across the goal for substitute Mcdonald to smash home his first premier league goal and to give Burnley a point they probably deserved. 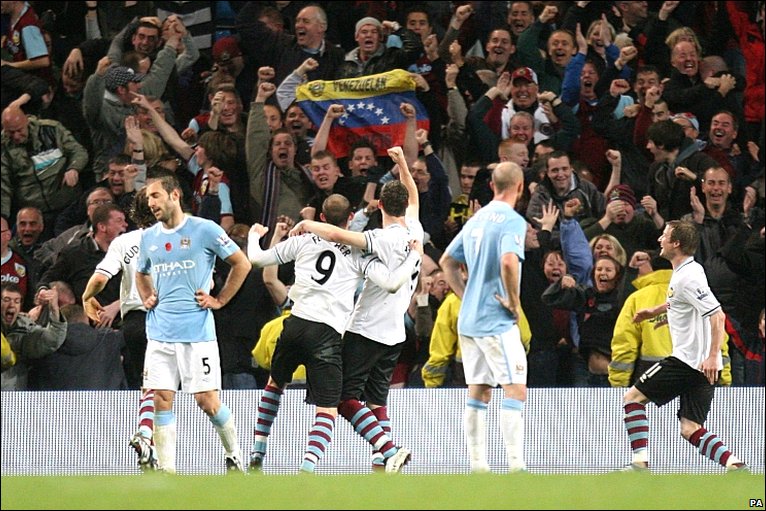 Mark Hughes told mcfc.co.uk,  “For the vast majority of the second half I thought we were excellent. It was a huge effort on our part, but then we shot ourselves in the foot again and switched off.

“At the moment we are struggling to to take the sting out of things. You have to give the opposition no encouragement – you have to see them off, discourage them. You have to make them think there is nothing for them.”

Whilst a jubilant Owen Coyle paid tribute to his side to bbc.co.uk, “We are on a learning curve and if we had been an experienced Premier League team we would have seen it off. There is an unbelievable spirit in our dressing room. We are the smallest town to be in the Premier League, but we are determined to give this a real fight.”

MAN CITY’S Start to the Season: YOUR VIEWS
Pompey 2-0 Burnley