After the mightily disappointing defeat away at Hamburg in the UEFA Cup, Manchester City return to Premier League action at Eastlands, as they try to continue their fantastic home form which has seen them win six matches on the trot. They face a Fulham side who, after struggling last year and only surviving thanks to a miraculous 3 – 2 win at the City of Manchester Stadium, are thriving under the shrewd leadership of Roy Hodgson. The previous encounter between these sides culminated in a 1 – 1 at Craven Cottage in December, when goals from Jimmy Bullard and Benjani Mrawurawi enabled each side to attain a point.

The Cottagers have been in tremendous form recently, with a superb win against Manchester United being followed by a narrow defeat at the hands of title challengers Liverpool, with a last-minute goal from Israeli international Yossi Benayoun deciding the contest. City, one place behind Fulham in the table despite winning one more game, come into this encounter on the back of the Hamburg defeat, a match in which they picked up a plethora of injuries. A win for the Blues in this fixture would take them above the visitors in the battle for seventh place, but manager Mark Hughes will surely be tempted to rest a number of key players as he prepares for the UEFA Cup match on Thursday, a result which could define City’s season. 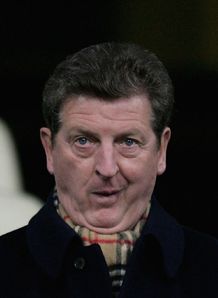 Roy ‘25,781 Chins’ Hodgson has worked wonders with Fulham, guiding them into ninth place

As previously stated, the Blues picked up a multitude of injuries in midweek, and with Mark Hughes bearing in mind the importance of the return leg, it may be a much weaker City team than normal who take to the pitch on Sunday. Craig Bellamy suffered a recurrence of his ankle injury in Germany which will keep him out for at least the next two matches and possibly the rest of the season as well. Zimbabwean forward Benjani also suffered a recurrence of an injury, this time in his thigh, which caused him to miss a lengthy period earlier on in this campaign. Wayne Bridge is a doubt with a hamstring injury, whilst Shaun Wright-Phillips and Vincent Kompany are also expected to be on the sidelines as the Blues attempt to nurture them back in time for Thursday. On the bright side, both Valeri Bojinov and Nigel de Jong will return after being ineligible in midweek, whilst Spanish international Javier ‘His Dad Is A Chain Smoker’ Garrido may start instead of Bridge.

Quite the opposite, and almost as if rubbing salt into the literal wounds, Fulham have a full-strength squad to pick from, with only Zoltan Gera and Tony Kallio any sort of doubts. With the Andy Johnson and Bobby Zamora partnership up front starting to come to fruition, Fulham are certainly a dangerous proposition, although their away form this season has almost been as abysmal as that of City, with only one victory on their travels this season, in their last match away at Bolton. Johnson is a busy forward, one who troubles defenders with his movement and pace. He is willing to run the channels, and lets Zamora compete in the aerial tussles. Dunne will have be on his guard and use all his experience to nullify any threat posed from Johnson. The Irish centre-back’s form has been shaky this season, but he has improved recently, and will need to put in a captain’s performance on Sunday.

Hopefully, Elano will start, because it would be of great benefit to see him display his full arsenal of passing talents on the wide pitch at Eastlands. He has been a peripheral figure this season, but in the absence of both SWP and Kompany, will be thrust into the limelight. Murphy, an experienced veteran of the Premier League, has been in superb form recently, with a couple of expert pundits calling for him to be called up by Enlgand! His set-piece delivery will pose a significant threat ot the Blues, and his passing is second to none.

In the absence of Craig Bellamy, Bojinov will be asked to lead the line against Fulham, and he will hope to use his strength and touch to escape the clutches of the defenders. Norwegian rock Hangeland has been Fulham’s best player by far this campaign, and has been linked on several occasions with big-money moves to both Arsenal and City. He is powerful in the air and will cause the Blues a real problem at set-pieces.

The 8 foot Hangeland (does anyone else think he looks like a young Sami Hyypia?) will hope to stop the threat of Bojinov

City won’t be as convincing as usual at home due to the number of injuries, but I still feel the Blues will have enough in their locker to beat a Fulham side who are decidedly shaky on the road. Goals to be scored by Valeri Bojinov, Elano and Andy Johnson.