Paul Sturrock has confirmed that Plymouth Argyle have recieved no bids for Peter Halmosi, who is a reported target of The Blades.

United manager Kevin Blackwell publicly stated his admiration for Halmosi, then backtracked after stating that he isn’t neccessarily interested in bringing the Hungarian to Bramall Lane. Former Sheffield Wednesday manager Sturrock is resigned to losing Halmosi, who wants to play in the Premier League – but maintains that no clubs have yet offered to match the club’s Â£3million valuation for their player. 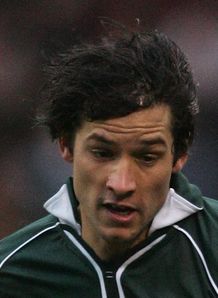 “I’d have liked to have given him that (Premier League football) this year – in two to three years we may be at that stage, and I’d like him to be here and a part of it,” Sturrock told This is Plymouth.

“But I am a realist – contracts mean nothing in this game, to be fair. If Peter Halmosi is to leave, then we will take a Plymouth price for him.”

‘Lucky’ to have been here
Blackie’s stock rising..