For two weeks in a row, brilliant goals and matches in England are overshadowed by dubious referee decisions. Regretfully, this has not happened just once this season. Are the top teams too protected by the referees? Is this bunch of officials actually capable of officiating matches at the pace of the EPL?

Ashley Young looked like making the Great Britain Olympics team in two consecutive weeks, where Wenger and Tony Fernandez both reacted furiously to the diver. Started off from an offside position, Ashley Young ensured he was on the ground even if only 1 Newton of force was applied to him.

What makes the incident more dramatic is, Derry the victim’s red card appeal was dismissed even Young should be ruled offside in the first place. Clearly FA is only trying to make things worse by covering for officials’ mistakes, if not avoiding to turn their decisions against bigger teams.

The left winger did it all again last weekend. Ciaran Clark was switching his centre of gravity and had his foot planted but Young manufactured the contact by kicking Clark’s foot and convinced referee Mark Halsey that was a penalty. 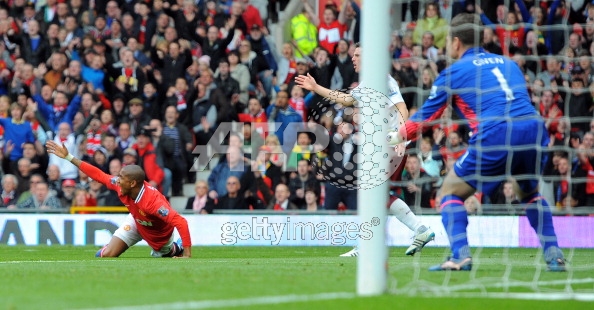 "He played for a penalty" - Sir Alex Ferguson

Manchester United dominated the match against Aston Villa and it was only a matter of time that they grabbed the goals and the 3 points. People could also argue that taking away the controversial goal, United would still win both games by 1-0 or 3-0.

Aston Villa, coincidently, was victim again in the match vsLiverpool. An injury time incident in the box between Agger and Carruthers should have already resulted in a penalty. Instead, Mr Oliver decided the young and anonymous Samir Carruthers had dived.

Villa didn’t have many complaints about the referee as they had twice escaped from being penalised in the box, when Suarez and Kuyt provoked mistakes from Hutton and Lichaj; but by no means are the officials doing their job well.

Meanwhile, Roberto Martinez had nearly barraged the FA’s office when two offside goals allowed Chelsea to steal three points in an unconvincing match which the Latics were solid defensively. Moses’ header vs United was ruled out when Phil Dowd believed De Gea was obstructed by a soft contact. Nevertheless, Martinez would not be too unhappy with the first points ever off Sir Alex Ferguson’s men, when Figueroa’s obvious handball inside the box could have easily taken 2 away from their bag.

The last thing you would like to see is poor officials ruining a great match.

The much anticipated FA Cup semi-final London Derby would now only be remembered by Atkinson’s whistles.

Drogba and Lampard scored two stunning goals in either halves, but it was the two incidents sandwiched between the wonder strikes that centred the heated debate.

Atkinson granted the advantage of doubt to Chelsea in a goal-line chaos. Mata’s strike could well be a valid goal but Atkinson was never in a position to produce an indubious verdict. The linesman at the far side admitted himself that he had not seen the goal since his sight of the ball was completed shielded by the flock of players in the 6-yard box and the referee had to be aligned with the goal-line to make the decision. The cameraman had a better view, but still not perfect.

Tottenham pulled one back shortly when Parker’s excellent through-pass sent Adebayor clear into a goal-scoring opportunity. The Togo striker fell inside the box after apparent contact with Cech, Mark Halsey gestured play-on and Bale tapped in the loose ball.

Referee played advantage to Spurs, so it was a foul by Cech on Adebayor; it was a last man foul that denied a goal-scoring opportunity. We have seen in the past that officials let the game play on and goals were scored, but officials would still warn or even caution players accordingly after playing on. Then why wasn’t Cech penalised for his foul – which was acknowledged by the referee – and sent off?

The FA is pushing for goal line technology once again and Arsene Wenger is reminding us of his proposal to ban divers; yet the most important factor is to ensure the quality of the match officials, a view shared by Mr Norman Hubbard.

England – The Future is in our hands
Overreacting To Diving