After comfortably beating 1998 World Champions France to automatic qualification from the European section, Serbia will be hopeful of making a big impact at their first World Cup as an independent nation. The team had a disappointing 2006 World Cup campaign as Serbia and Montenegro with three defeats to Argentina, Holland and the Ivory Coast. Nevertheless, they have been placed in an easier, yet still competitive, group for the 2010 tournament with Germany, Australia and Ghana.

The Germans have a rich history in this competition. Although this German team is far from the strongest to ever take to the pitch, they will expect to qualify. Second place is likely to be a three team battle. Australia are considered the slight group outsiders whilst Ghana would probably be the favourites for second due to the tournament taking place in Africa. Nevertheless, Serbia have a competent squad who are more than capable of upsetting anyone on their day.

Should they finish second in the group, they will most likely face England in round two. This would not be the ideal passage for Serbia and the emphasis is really to finish top of the group stage which would ensure a more comfortable meeting with the USA in round two. Nevertheless, a win there could possibly see them take on defending champions Italy in the quarter finals. 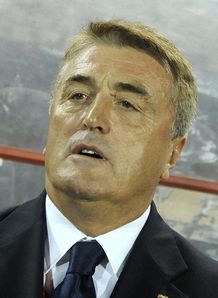 Since splitting with Montenegro, the national team has been only permitted to select players born in Serbia. Nevertheless, the majority of the S&M squad contained Serbian players so the squad has not overly changed much. Below are the players who are likely to be travelling to South Africa. Serbia qualified very impressively to the 2010 World Cup. However, they have once again been placed in a tricky group stage alongside three very competent teams. With the Germans vast experience and Ghana playing in their home continent, I can see Serbia just missing on the second round and unfortunately exiting in the group stage.