A semi-final which could have gone either way but it was Zambia who took their chance and will now play the favourites Cote D’Ivoire in the final.

Ghana dominated the match and earned themselves a penalty in the first half after a cross was intercepted by Gyan who was felled by a Zambian defender. Up stepped Gyan to take the penalty and a poor penalty at that, saved by the keeper and Zambia survived. Zambia needed to up their game as the Black Stars were dominating them and looked the more threatening when attacking. Zambia stood firm and could have taken the lead just before half time with a testing shot on goal. Rainford Kalaba slid in Katongo who really should have scored from 12 yards. Half time came as both sides hit a rough spell in the game and both sides needed to re-group and push on once again. 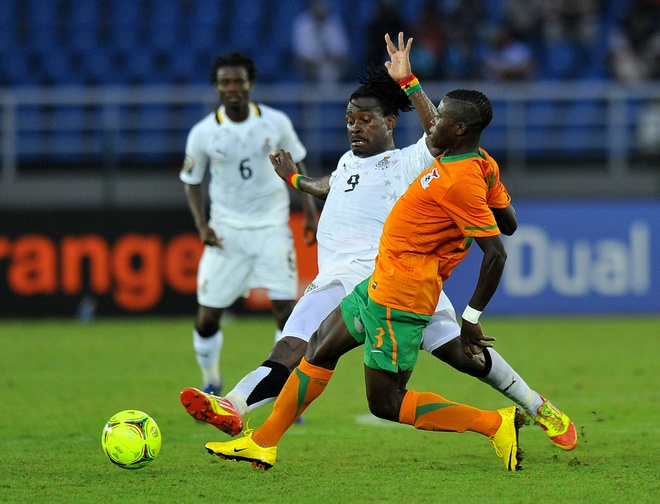 After the break their wasn’t dramatic change and the Zambian defence still remained firm and looked solid against all the oncoming attacks.  Gyan was substituted with 15 minutes to go and Zambia took full advantage of what was a surprise change for the Black Stars. Zambia scored from what was the only major chance in the second half which was a midfield battle for the majority of the half. Isaac Chansa fed the ball through to Emmanuel Mayuka who had his back to goal but swivelled nicely to nestle the ball in the far corner. He had the strength to hold off the defenders and turned to finish a splendid goal for Zambia.

Ghana fell to pieces after they conceded and showed a lack of discipline when Derek Boateng received his second yellow card to send Ghana down to ten men. Zambia’s solitary strike was enough to see them book their place in the final where they do battle with a strong Ivory Coast side.