Angola: Who to watch

With a promising start to the competition this year Angola definitely have some players’ to look out for. In my opinion there are three main men who you should keep an eye on during the competition. My three players are Manucho, Andre Macanga and Mateus. Let’s have a look at each player in turn:

Angola’s main man so far in this competition with three of their four goals currently from the opening two matches. He is setting an example for his teammates to step up their game to have a chance of going through to the quarters. He is Angola’s target man and has good upper body strength to bustle past opposition players. He is also pretty pacey which he showed for his first goal against Sudan. He has good experience for being part of successful teams such as Manchester United and he can pass on what he has learned to the rest of the squad. With goals few and far between, Angola are relying on him to produce any goals they do score and so far he has stepped up to the plate. So far he’s been Angola’s most consistent performer and will look to add to his goal tally on Monday against Côte D’Ivoire.

Angola’s captain and leader on the pitch who holds bags of experience when it comes to playing for his country in these competitions.  He is currently based in Kuwait but unlike Manucho he hasn’t played in big European teams. He has so far called for calm from the side despite their decent start to this tournament.  He is a defensive midfielder or defender and can’t have been pleased with the side’s defending against Sudan. Angola will look to him to lead from the back against Côte D’Ivoire on Monday.

A forward who has managed to grab the other goal which Angola has scored in this year’s competition. He grabbed their first in this competition against Burkina Faso in a hard fought victory.  Mateus has received less recognition than Manucho as he hasn’t been firing on all cylinders.  He has been a key player for C.D Nacional in their qualification in the Uefa Europa League. A potent threat which Angola may look to use from the bench on Monday. Like Manucho he has good strength and a good level of pace when attacking on the counter.

These three players’ will be crucial in Monday night’s showdown for top spot of Group B. A win for Angola would see them finish in top spot with a very respectable seven points. 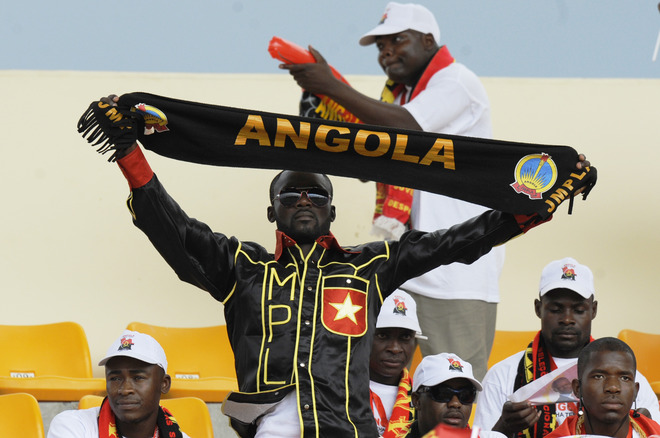 Angola's fans have faith in their side