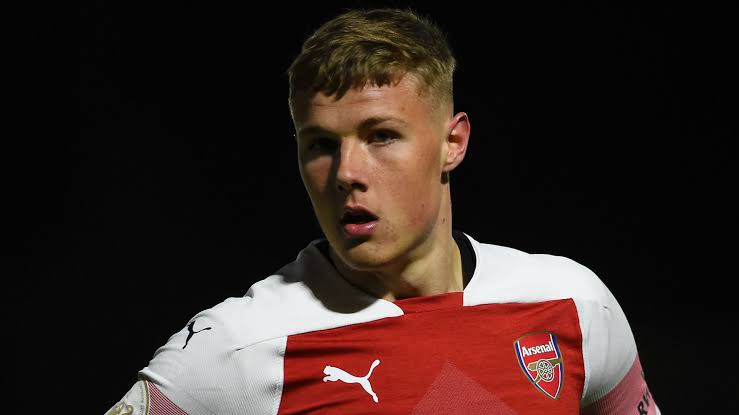 Arsenal have now confirmed that centre-back Daniel Ballard will leave the club on loan to spend the 2020/21 season with League One side Blackpool.

This has also been specified by Blackpool that Ballard will be with the club until January 2021.

According to the statement released on the official website, Ballard whose loan spell was cut short in 2019 due to injury will be with the club until January 2021.

The 21-year-old has enjoyed good success in the Arsenal Academy, so much that he has already gone on to represent Northern Ireland at senior level.

The defender has improved a great deal over the years which has also led him to captain the Gunners U23 side to the FA Youth Cup Final in 2018 before securing a first professional contract with the club that summer.

On joining the Club, Daniel said:

“I’m over the moon to be here and really excited to get started.

“It’s a great opportunity to play for a Club like Blackpool, and I’m really determined to do well here. I will offer 100% and will be aggressive and play for the shirt.

“As a young player, it’s important you grasp every opportunity you are given, and I will be doing everything I can to help this team push on and be successful whilst I am here.”

On joining his side, Blackpool head coach Neil Critchley said: “Daniel is a talented and commanding defender who will add a great deal to the group.

“He’s gained a good football education developing through the age groups in Arsenal’s Academy, going on to captain their U23 side. He also has experience on the international stage, rising through the youth levels with Northern Ireland to go on and gain full international caps.

“In coming to Blackpool, he is now ready for the next stage of his career. We are pleased to have him here and look forward to working with him during his time here.”