How will Chelsea evolve under the Special One again?

Brutal football is not that popular in Spain. Realistically, the title was back at the Bernabeu. Never a favourite at Madrid, Jose Mourinho could still class his three years leading the Los Bloncos a success, adding La Liga title, Super Cup and Copa Del Rey to his already more-than-impressive CV.

Continuous fallout with reporters, players and even the club president implies it was only a matter of time for Mourinho to return to the UK. Disastrous season at Bernabeu and the managerial chaos at Chelsea certainly paved the way for Mourinho’s long-awaited reunion with Roman Abramovich. On 3rd of June, the Special One is finally back at Stamford Bridge. 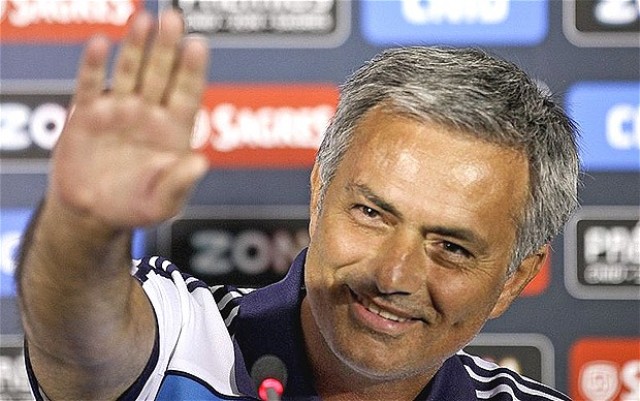 Things have changed since he last departed. His most respected rival has retired, but competition has only become more intense. The chequebook at Etihad Stadium is ever growing, so is the ambition of Tottenham and Everton. Liverpool is eager to rejoin the race, which has always featured Arsenal and Manchester United.  Nonetheless, there are more pressing internal issues awaiting Jose Mourinho.

(a) Entertaining or practical?

The 1-0 football brought solidity and the title to Stamford Bridge, but could not please Abramovich. The attacking talents of Hazard, Oscar and Juan Mata are undoubtedly comparable to Drogba, Robben and Duff, the front three of Mourinho’s first English title campaign. Also, with Schurrle arriving and the growing rumours around Rooney, Cavani and Sneijder, Abramovich seems yet to concede the entertaining football he is always in favour of.

Although being more well-known of his tactical excellence in defence, Mourinho has already proven he can inspire world-class attackers at Madrid. The more open-flowing football of La Liga definitely plays a part in Real Madrid scoring performance, while Premier League would present a big contrast in style. Having been away from England for quite a while, his first task will be to get the balance and mentality of the squad right.

A strong believer of his own philosophy of football, only players of excellent discipline are welcomed in Jose Mourinho’s team. Almost certainly, the adventurous David Luiz will not feature in Mourinho’s plan.

Powerhouse strikers like Drobga, Ibrahimovic and Eto’o have always excelled under Mourinho. While Fernando Torres and Demba Ba can both play as a lone striker, they may not be the most ideal type of forwards Mourinho is looking for. On the other hand, Romelu Lukaku, who had a fantastic season on loan at West Brom, may finally play for Chelsea two years after being acquired from Anderlecht.

Victor Moses may not be that lucky. His debut season being the Blues was far from eye-catching. Meanwhile, Mikel and Romeu may still have a part to play. Mikel shone in the holding midfield role under Mourinho back in 2006 and may well be retained despite the gossips about link with Galatasaray. Romeu is the only traditional defensive midfielder in the squad. His presence, so as Mikel’s, would be of some value with Lampard ageing. 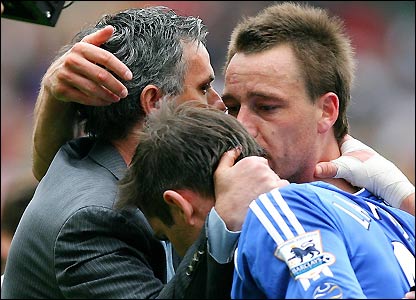 (c) The fate of the veterans

The one-year extension could indicate this will be the last season for Frank Lampard. Still playing at a very high level, 30 games a season might already be asking too much from Super Frank. Meanwhile, John Terry could still have a role to play under Mourinho. His legs are gone, but with Mourinho’s preference to play a deeper line and a cordoning defensive midfielder, it would provide more cover for Terry, who always possesses spiritual leadership.

Mourinho wants to build an empire in Chelsea this time. Although Terry, Lampard and Ashley Cole are still capable to start for Chelsea, young players will benefit a lot playing alongside them, who also require understudies to keep them fresh. Their future, though, will be a huge doubt after the next season.

Mourinho did not leave Rafa Benitez an easy job at Inter. Benitez repays the favour this time at Chelsea. Ending the Blues’ season on a high, fans will be looking for even more after Mourinho’s high-profile return.

The new coach attempted to dilute the expectation by stating titles could only come the earliest his second season. It is an unusually humble comment from the manager but definitely a fair one, having been away from Premier League for six years. Still, Mourinho equals success. Chelsea’s title hope will not be written off with him on board, so as the anticipation of the fans, and of course the owner.

History suggested he responded to change of environment very well, but no indication on how he copes with a second stint. Expectation could be a motivation. On the flip side, it could be a pressure. This comeback may represent a test to Mourinho’s EQ. 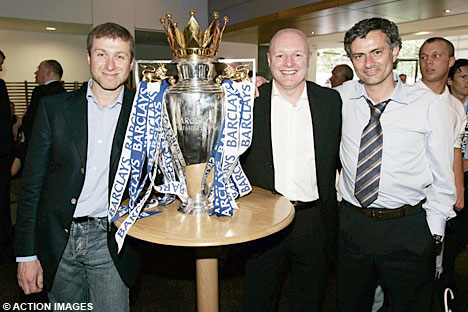 Chelsea is not alone in switching managers. It is uncertain how other teams respond to their managerial change. This could be in the favour of Chelsea, whose change has in fact restored familiarity and authority. Alex Ferguson’s retirement makes Premier League less colourful, but Jose Mourinho will undoubtedly fill the title race with more gunpowder.