If there is ever a good time to play Chelsea away from home we have found it. After being a fortress in which the Blues were unbeatable for the best part of four years, Stamford Bridge has been the scene of some decidedly dodgy results for Chelsea of late, including losses to Liverpool and Arsenal and an embarrassing draw with League One Southend in the FA Cup. This coupled with turmoil within the squad, with manager Phil Scolari’s supposed row with Didier Drogba, has left the club in something of a mini-crisis in recent weeks.

Stamford Bridge, where Chelsea’s form has been well below par recently

That being said, Chelsea are without doubt an extremely potent attacking force, with players such as the league’s top scorer Nicolas Anelka and classy playmaker Deco in their ranks. Few would argue that Chelsea were not the best side to visit Stoke so far this season, the Blues easing to a 2-0 victory in a game in which they never had to move out of second gear, their comfortable and assured play in a stark contrast to Arsenal, Liverpool and Manchester United, all of whom made heavy weather of getting a result, and in Arsenal’s case, deservedly went away with no points at all.

New signing James Beattie is expected to go straight into the starting eleven for Stoke, while Salif Diao may return to the midfield after suffering a back spasm in the warm-up against Liverpool a week ago. Ricardo Fuller is still suspended, after striking out at teammate Andy Griffin in late December, while Mamady Sidibe is still out of action with a knee injury. Aside from those two absentees, Tony Pulis has a full strength squad to pick from. 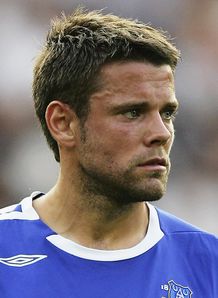 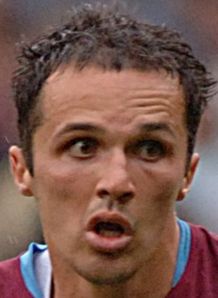 Reports in some of the less quality weekend publications have suggested that following his ”row” with Scolari, Drogba will again be left out of the Chelsea squad for today’s game, but I would be surprised if he doesn’t play some part in proceedings. Deco is out with a calf strain, while Joe Cole is sidelined with a knee problem, though I reckon he just didn’t fancy playing against Andy Wilkinson. Ricardo Carvalho and Florent Malouda look set to return to the home side’s squad after recovering from injuries of their own.

Chelsea should be strong enough to beat Stoke today, particularly as we haven’t won away in the Premier League all year. I believe our best chance of getting a result is to defend stoutly and try to nick a goal from one of the set-pieces that earned us praise from Scolari as  ” the most dangerous team in the world” a few days ago.

Lampard, 30, is considered by many to be the best midfielder in the Premier League today. His fantastic goalscoring record, consistently scoring twenty goals a season, has earned him huge plaudits since his move from West Ham where he started his career in 2001. With 121 career league goals he is the highest scoring midfielder in Chelsea’s history and also the second highest ever in the Premier League. He also has 67 England caps and has scored sixteen goals for his country. Stoke’s defensive rock Faye will have to be even stringer and more assured than normal to keep the league’s top scorer Anelka, who has fourteen goals from 21 league games, at bay. 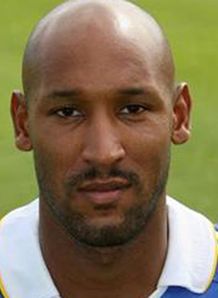 Malouda returns from injury for this game and is likely to be out for the kill against Stoke left-back Higginbotham. Higginbotham usually plays with a far more direct and defensive attitude than I would like, but this may be the best way of getting any success against the Frenchman today.