Â  Senegalese defender Abdoulaye Faye has again been linked with a move to Stoke City in today’s press after original reports appeared last week. West Brom are also reported to be interested.Â

Â  The Newcastle player is reported to be valued at Â£2 million and it appears Kevin keegan would be keen to let him go, after saying a defensive reshuffle is neccessary and closing in on Argentine defenderÂ Â Fabricio Coloccini. Newcastle have also signed Fench defender Sebastian Bassong this summer.

Â  Faye would be a great addition to our defence in my eyes as he is the sort of player strikers hate to come up against. He is also very highly rated amongst Newcastle fans and supporters of former club Bolton, and for Â£2 million is well worth a shot. 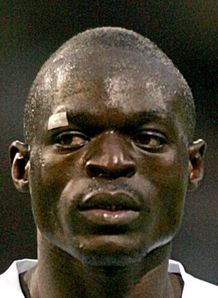