Firstly I would like to thank ‘Gabby’ for agreeing to take part, it is really appreciated. Also well done to everyone who had their question published, sorry if I didn’t cover your question but I hope to secure a few more Q+A sessions for the blog in the near future. Anyway here it is:

1) What do you prefer – a goal saving tackle or nodding one in from a corner?

Goal saving tackle definitely, 4 career goals is enough for me!

2) If you could get away with shaving the head of one of your team mates, who would be your victim?

I think Sergio Torres because his had that curly mop for way too long.

3) Who has been the toughest opponent you’ve come up against whilst at Posh?

There’s been a few but off the top of my head Gary Hooper was a pest in the 1st half vs. Scunthorpe last year.

4) What do you think has been your best performance in a Posh shirt?

I feel that I have been pretty consistent but in my head my home debut vs. Northampton and the game against Oldham last season standout.

5) In your career at Posh so far, which game did you most enjoy being involved in?

The Colchester one where we clinched promotion, that was amazing and I’m addicted to that feeling after achieving it with Leyton Orient and Stoke.

6) Of all the youngsters at the club, which one do you think has the most potential from what you have seen in training?

There’s plenty of potential from most of the youngsters, especially when you look at the squad’s average age.

7) What is the funniest thing you have ever seen on a football pitch?

Jimmy Bullard did something funny every week, but I remember Chris Tate at Leyton Orient did a repeat of the famous ‘Gazza’ and Vinnie ‘balls’ incident in a game.

8.) Has it been more or less challenging playing for Posh than playing for Stoke in the Championship?

It’s been a much bigger challenge playing for Posh, because Stoke were so experienced and used to the level, while we are very young and finding our feet, but nevertheless I’ve enjoyed both experiences.

9) What player would you least like to be stuck in a lift with?

It would have to be Dean Keates because his farts are unbearable or maybe my mate big Jon Parkin because he’s always hungry so it will only be a matter of time before he needs a meal.

10) What are your first impressions of Jim Gannon and how is his management style different to Darren Ferguson’s and Mark Cooper’s previously?

I like what I’ve seen of the new Gaffer and he has his ideas and seems to be a perfectionist, the passing game is what has brought us the success we achieved under Darren Ferguson, Mark Cooper was really unlucky as he came at a difficult time and things didn’t quite work out and his style was different to what we have been used to.

11) If we do go down this season would you be happy to stay at the club, or would you look to move back into the Championship?

I’ve not even thought about us going down, because I still believe we will stay up.

12) Who apart from yourself and your brother is your favourite footballer?

Ledley King is the best defender in the world if he’s fit; his got everything, so his my favourite. 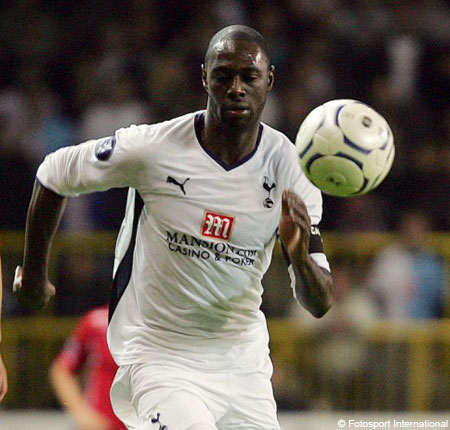 13) Was your brother Steve ever close to joining you at Posh? As Darragh has stated in past we tried to sign him.

My brother Steve is a real talent one of the best I’ve seen without being biased, I didn’t know we tried to sign him but there must be some truth in that.

14) Who was your footballing idol whilst growing up?

I loved watching Patrick Vieira when I was younger even though we were nothing alike, but the fact he came from Africa to fulfill his ambition is what we do have in common.