Tottenham and Liverpool have produced some entertaining matchup in recent years. Although not as high-profile as any London Derby, the intensity of the match has always been enormous. An enjoyable night was well anticipated.

Both teams may not be at their peaks, but there are things to cheer about recently. Luis Suarez, despite all the controversies around him, has been in magnificent form. Together with the revived Jose Enrique at a more advanced role and the promising Raheem Sterling, Liverpool has been showing some spectacular attacking football.

November has been a nightmare for Tottenham, with consecutive losses to Wigan, Manchester City and Arsenal, as well as the fans incident at Rome last Thursday. However, they recovered with a London Derby win over West Ham. There were more delights for the fans, as they witnessed Clint Dempsey finally live up to expectation, also the return of Moussa Dembele after a long rest.

While both midfielders started for Tottenham on Wednesday night, Stephen Caulker was absent due to illness. The agility of Suarez and Sterling was a concern for Michael Dawson and William Gallas, but it seemed Liverpool had more to worry about in defence. Glen Johnson, who is never famous of his defensive ability, could not match Gareth Bale’s speed, with Stewart Downing, the unnatural left back, caught napping at the far post to allow Aaron Lennon send Bale’s cross into the net with ease only 7 minutes into the match. 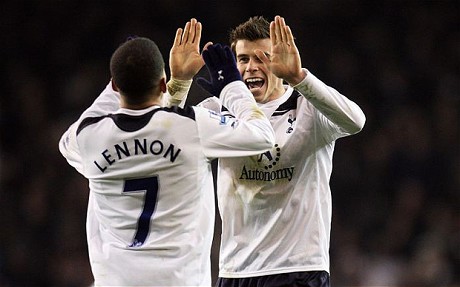 Tottenham have often found themselves fail to clinch matches from winning position this season. This time, they made use of the momentum from the opening goal and did not let chances slip. Gareth Bale had already threatened Pepe Reina with a freekick earlier, but he didn’t miss his second attempt. Whether it was the loosely-organised wall or the poorly-positioned goalkeeper, the well-struck thundering freekick gave Tottenham an early two-goal margin.

Dembele’s return was a great boost to Tottenham’s midfield. With the presence of the all-rounded midfielder, Tottenham dominated the midfield and had endured a 3 minutes possession spell in the first half. The fluid football was surely delightful to watch, but there were moments of fragility in front of their goal. Kyle Walker who twice rescued Spurs, with a crucial clearance to keep Suarez’s attempt half a yard away from a goal.

Joe Allen and Jordan Henderson had been far from effective and were outshone by Sandro and Dembele. Steven Gerrard had little room to operate and in consequence, Suarez was left frustratingly alone up front. Careless passing by Tottenham’s defenders granted the away team a handful of opportunities early in the second half, but none of them did actually worry Hugo Lloris. Jose Enrique had a couple of decent chances, though ruined by his own decision making and Walker’s solid defending.

Crowds were getting impatient as the home team could not reproduce their performance in the first half.  When Gareth Bale scored again, there was little cheering in the stadium. The innocent Welsh could not get out of the way of Lennon’s clearance from an empty goal. The own goal brought Liverpool back in the game, while Spurs once again found themselves on the brink of gifting points away from a winning position. 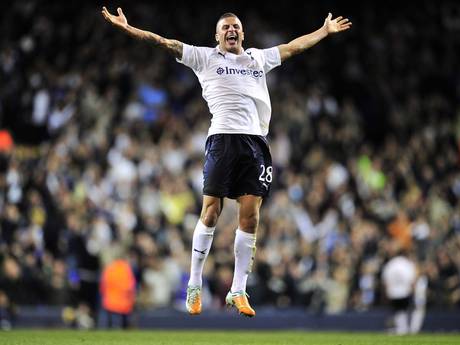 Sigurdsson continued his disappointing campaign. The Iceland midfielder, who shone on loan with Swansea last season, completely lost his direction at White Hart Lane. Spurs was essentially operating with one man less when Dempsey was taken off. Composure was nowhere to be seen when under pressure and Liverpool was so close to pulling off a leveller. Suarez fired a volley in the box way over the bar and Jose Enrique’s stunning shot following a clearance from corner was just on the other side of the post. With time ticking by, the quality of the match deteriorated. The Kop was in a rush for a late equaliser, but lost the ball cheaply at least three times in the last 5 minutes of the game.

Finally, Spurs was able to hang on for the second consecutive home victory.  Bale would be relieved that their brilliant first half was just about adequate to overcome Brendan Rodger’s side. With results elsewhere at their favour, Tottenham races ahead of Everton and Arsenal and is now only 3 points away from the fourth position.