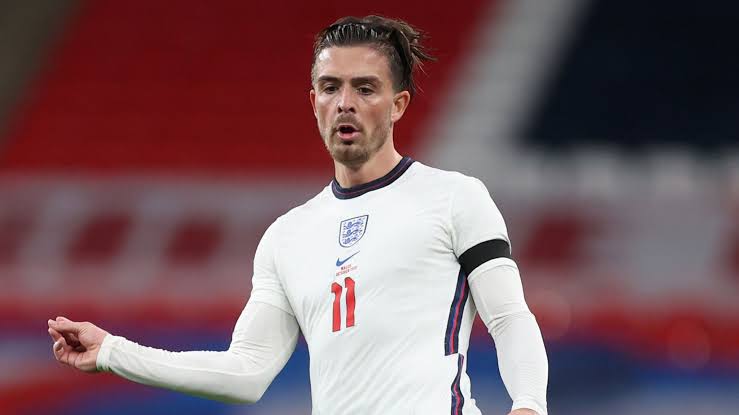 Jack Grealish was an unused substitute in the Three Lion’s 2-1 win over Belgium in the UEFA Nations League on Sunday and Gary Neville has identified the reason he was left out by Gareth Southgate.

The midfielder was the star performer in England’s 3-0 friendly win over Wales and headed into the international break with two goals and three assists for Aston Villa in a thumping of Liverpool.

But that doesn’t seem enough to convince the England boss of giving him a chance in the starting lineup against Belgium leading to fallout speculation with Southgate.

However, Gary Neville, who made 85 appearances over 12 years for England, believes Grealish is also facing challenges with the current formation.

According to Daily Star, the former Manchester United defender said: “I think there’s a bit of a problem for Jack Grealish.

“If you stick with a 3-4-3, he wouldn’t be one of those two midfielders in the middle against the big teams.

“When you look at the front three, you’ve got [Jadon] Sancho, [Marcus] Rashford, [Raheem] Sterling, [Harry] Kane, [Dominic] Calvert-Lewin and more. Where would he get in there?

“He’s talented, he’s earned his place in the squad and I thought he was brilliant the other night.

“But this system does hamper him.

Fellow pundit Jamie Redknapp, however, suggested that Southgate had a different role in mind for the Villa midfielder.

“He played so well, I was so impressed with him,” he said.

“But it didn’t surprise me [that he was not chosen to start vs Belgium].

“We know he can do it at this level. He can do it in the Premier League.

“He can give you a completely different problem when you play against him because he’s a dribbler.

“When someone picks up the ball and runs at you, it’s so difficult for him to be stopped.

“He may not start every game but he’s shown Gareth he can play at this level and he come off if needed for 20-25 minutes.

“I would like to have seen him play today, I must admit, but it’s a big opportunity for the other players. It feels like there’s a bit of competition in there.”