When Will Germany’s Jinx Be Broken??

After an impressive showing in the Group of Death where they won all their matches and conceded just one goal, Germany were definitely among the favorites to win the tournament. They had a good coach coupled with a crop of fantastic players. Germany has done everything right to this point. They have beaten 15 straight opponents in competitive games—a world record. There are still those small weaknesses though. Manuel Neuer conceded a goal from a header again against Denmark. Their game against Greece were the rested trio up front (Gomez, Mueller and Podolski) and were still able to score 4 goals buttresses my point about the depth of the squad.

Having to lose to Italy in the manner in which they did was just embarrassing. The Germans can boast of having the best counter attack system in the tournament with the likes of Mueller Ozil, Reus and Podolski. Starting a lineup that has four central midfielders- Ozil Khedira, Kroos and S was just an indication that Loew showed too much respect to the Azzurris. He wanted to cancel out the Italians engine room which their midfield. Andrea Pirlo and Ricardo Montolivo have been outstanding thus far. The only way he thought Germany could win was to make them ineffective by playing four midfielders but it was at his own expense. Germany couldn’t counter attack as they used to because they were playing very compact in the midfield. Ozil was the only one left to create the chances for Gomez and Podolski who were isolated up front.

Unfortunately for him, it didn’t work out. His tactics failed woefully and his team was knocked out. It may interest you to know that Germany have never defeated Italy in 7 previous competitive matches dating back to 1970 when they first met at the world cup semi-final.  The second was in the final of the same competition 12 years later—this time in Madrid’s Estadio Santiago Bernabeu. After a goalless first half, Italy scored three times—with Marco Tardelli celebrating after scoring his team’s second with that tearful celebration that has become so iconic, and rendering Paul Breitner’s late strike a mere consolation.

The third, and most recent, occasion in which Italy stomped all over Germany’s World Cup dreams was in 2006 in their own backyard—again at the semifinal stage. With the final minutes of extra time ticking down, late goals from Fabio Grosso and Alessandro Del Piero in Dortmund sent the Azzurri on their way to their fourth World Cup triumph

Apart from this instances where the lost against the Italians, German football have been dubbed as “under achievers”. In the last decade, Germany has lost 5 major tournaments at the semi-final or the final stage. So I ask myself a simple question, What on earth is wrong with Hitler’s men? . They play very nice and attractive football that you and I wouldn’t deny we appreciate but what always go wrong when they are a step away to winning a trophy is what you cannot really say neither can I. They have the quality, young players, a good structure and amazing fans but still yet…  Maybe theyare just scared of success… But does that make sense?

Remember young Michael Ballack and Oliver Kahn? Those were Germany’s best players at that tournament. Kahn the then Bayern Munich keeper had not conceded a goal en route the final. Ballack on the other hand had been outstanding pulling the strings in midfield alongside Hamman but when they got to the final, everything changed. 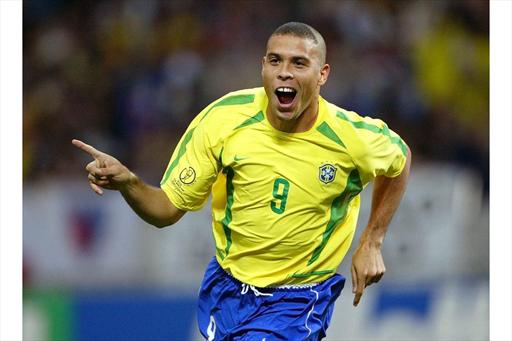 They were outclassed by an “invincible” Brazil team who had the hottest striker in the world at that time in person of Ronaldo and a deadly Rivaldo in midfield. Ballack was suspended for the final as he picked up a second consecutive yellow card in the semi-final tie against Turkey.

Oliver Kahn was beaten twice by Ronaldo after Rivaldo’s shot was too hot for him to handle (the first one actually broke his little finger) and that was it. Brazil completely dominated the match with Germany posing little ir no threat. Maybe if Ballack had played, it will have been a different story

This time around, they were on home soil. As the host, they had an added advantage, as most of the players play in the Bundesliga; they are used to the pitches. They also had their home fans to cheer them to victory. They started on a good footing, defeating Costa Rica by four goals with Philip Lahm, the present captain scoring a screamer in the opening minutes of the encounter. Went on to beat Ecuador in the second round and then thrashed England before they met their nemesis and eventual winners Italy in the semis.  A clash between Germany and Italy in the 2006 World Cup that brought the Germans to their knees. Gianluigi Buffon had ensured the then dynamic duo of Miroslav Klose and Lukas Podolski failed to break the deadlock while Jens Lehmann had made his fair share of saves too. They held on for 90 minutes and the first half of extra time but were out done in last minutes of the second half of extra time 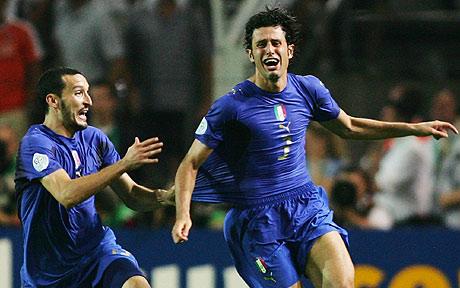 It was in the 119th minute in which the Italians punished the naïve Germans. A Grosso goal was followed by an Alessandro Del Piero goal. It was a bitter loss. They compensated themselves though with a bronze medal after winning the 3rd place match against Portugal 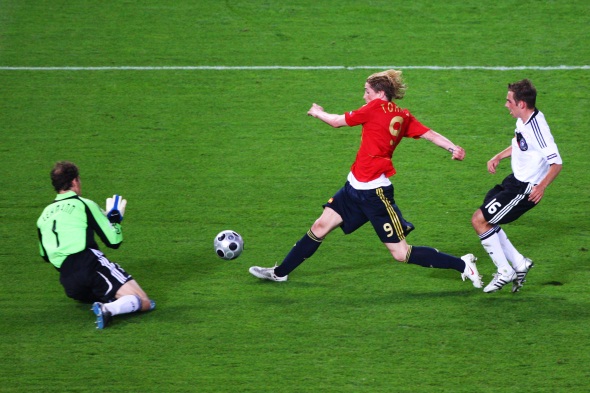 This was the beginning of Spain’s dominance in football. Pep Guardiola signed for Barca that year and began to groom a set of talented players at Barca for the national team. 8 players from the Spain’s starting lineup played for Barca at that time and when Germany met them in the final, they were no match for the spinards even though it was just a narrow 1-0 win… goal scored by the “Torres of Old”

Losing to the eventual winners have become a normal trend for Germany and when they met Spain in the semi-final, no one expected an upset. Despite playing remarkably in the previous rounds which saw them outclass bot England and Argentina by a four goal margin, The Hitler’s breed fell yet again at the edge of their glory as a powerful header from Carles Puyol was enough to seal the win for the spainards.

Can we just conclude by saying that Germany preferred the Silver or Bronze medal to the Gold or the trophy? Because I have tried to look at the reasons for their failures but failed to find any. One thing I know for sure is that they deserve more than what they get. Bayer Munich also who produce most of the players for the national team shouldn’t be left out. They’ve lost two champions league finals (against Inter in 2009 and recently against Chelsea) in recent times. A need to go back to the drawing boards is essential for the Europe giants and we can only hope that the 2014 World Cup will be the light time to break this jinx.