With a large hoard of creative players at their disposal, very few would write the Netherlands off from going all the way at South Africa 2010. However, the Dutch have never actually won the biggest tournament in World football despite possessing some of the best players of all time throughout their history. A major reason for this is that the expansive football, that looks so easy on the eye, is often their downfall when they meet the more resolute teams in the latter stages.

The Netherlands quite often peak early at tournaments so there seems to be no danger in them exiting the World Cup in the group stages, especially with Denmark, Cameroon and Japan providing the opposition. The Danes will pose the biggest threat as they are a competent and solid team. However, Cameroon are very weak defensively whilst Japan’s record outside of Asia is dire.

Should they top their group, the Dutch are most likely to face Paraguay in the second round. They would be expected to breeze past the South American outfit if they’re on top form. However, the Netherlands would then be likely to come up against another South American team in the quarter finals, this time in the shape of Brazil. With Holland’s defensive fralities tending to show against the stronger teams, they will have to be at their best to dispose of the bookies favourites.

During their perfect qualification campaign, the Dutch tended to frequently pick from the same group of players. Without injuries to key players, they have a chance of lifting the World Cup for the first time in their history. Below are the players who are likely to make the squad if they avoid injury. 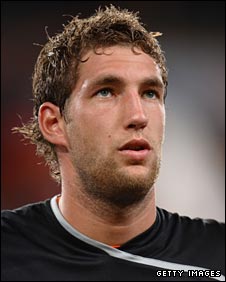 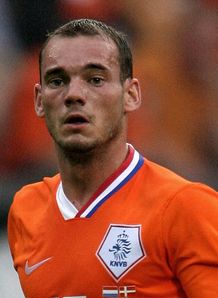 With a vast array of attacking options all over the pitch, the Netherlands will surely be one of the most entertaining teams in South Africa 2010. However, it comes as no coincidence that they have never won the biggest prize in football when you look at the lack of world class defenders in their ranks. The national team are still relying on the same names that have failed at previous European Championships and World Cups. As a result, they will most probably be knocked out by the attacking prowess of Brazil in the quarter finals.