There’s only one word to describe Preston’s performance today away at QPR, its not rubbish, its horrendous! Preston had their best squad to choose from for a while and fans were hopeful that they could take advantage of Sheffield United’s 3-1 defeat at Scunthorpe. Over 800 fans made the long trip to Loftus Road and they desperately wanted to beat the rich Londoners.

QPR started brilliantly, within minutes they were attacking and Wayne Routledge only just shot wide. Then out of nothing Adel Taarabt won the ball, he went past 3 defenders and then from 30 yards out the youngster on loan from Tottenham scored a goal that has got to be a goal of the season contender! QPR were controlling the game and PNE didn’t have a shot until the 32nd minute when ex-Liverpool striker Neil Mellor’s shot was blocked by the tough defence. QPR comfortably saw out the half and looked set to continue their awesome home form which has seen them go 11 games unbeaten.

Preston’s supporters hoped the team would come out for the second half and really give it a go, but they didn’t. Chris Brown had PNE’sonly shot of the first 15 minutes of the second half. Not long after Brown kicked over QPR were attacking when Neil Mellor fouled Adel Taarabt just inside the box, the referee pointed to the spot. Akos Buzsaky stepped up and hit it with power and precision into the back of the net.

Preston used up all their 3 subs in 2 minutes as the players on the pitch looked tired. Irvine obviously hoped the 3 players would impact the game, but they didn’t. 10 minutes later Jay Simpson was one-on-one with Andy Lonergan and Simpson easily slotted the ball in the net to seal the game. Just to rub it in QPR scored a 4thgoal with 5 minutes remaining, Wayne Routledge blasting the ball into the corner of the net.

Preston just didn’t turn up today and all people involved with the club in any way will hope for better next week. Preston fall 1 place to 6th while QPR move up to 9th. 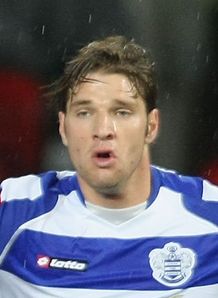