‘I want to win by seven, not by six’ – Mourinho reacts after Spurs 6-1 victory over Manchester United 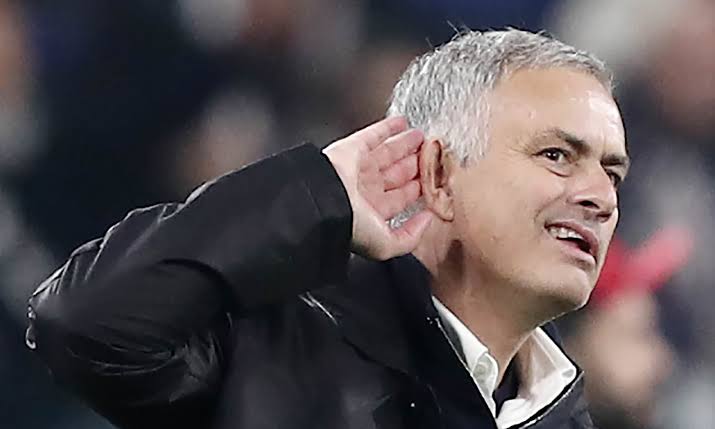 The Portuguese felt that his old club really deserve to lose the game, and the referee’s decision to send off Anthony Martial wouldn’t have changed much about the outcome of the game.

The former Red Devils manager saw his Spurs side crushing the home side, who suffered their joint-worst home Premier League defeat in history, Goal reports.

United had gotten a two-minutes lead courtesy of a Bruno Fernandes penalty which became their only goal in the match before the visitors responded in quick succession to take the lead inside the first quarter-hour with goals from Tanguy Ndombele and Heung-min Son.

Things rather got worse on the half-hour mark though when Anthony Martial was shown a red card for an apparent retaliation to receiving an elbow from Erik Lamela, in the wake of which Harry Kane piled on more misery with a third goal. The host could do nothing but watch till it became six.

During the post-match press conference, Mourinho, when asked whether he has any sympathy for the United boss with the position he’s in at the club, the Portuguese had plenty to say where he also stated he wanted to win with seven goals and not just six.

“But it’s sympathy in our behaviour. Today was him, tomorrow is me. Of course, I feel sympathy for him. I can imagine that tonight he’s not going to sleep very very well. But this is the hard life of us.

“So I feel sympathy for the result, but apart from that no sympathy because he has an incredible job and it feels like the players like him, they are with him. They are going to react for sure.”