For once, Daniel Levy appears to share the ambition of the supporters, trying his uttermost to retain unarguably their best player in search for a more glorious season ahead. On the other side, the continuous failure to lure a top-class striker seems to suggest he cares about business more than football.

It will be utterly unfair to conclude Levy does not bother about football. The deals that brought Sandro, Moussa Dembele, Jan Vertonghen, or more recently Paulinho and Nacer Chadli to White Hart Lane have strengthened the squad in the right direction, which also are of good values (Bleacher Report). 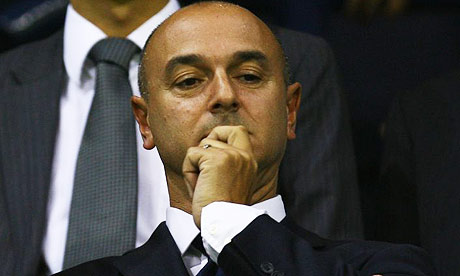 The Yids could also enjoy the extra credit of teasing the North London rivals on their embarrassing additions, Djourou, Santos, Chu-Young Park, Bendtner, you name it.

This summer, when Arsene Wenger is loosening the chequebook to bid for Gonzalo Higuain and Luis Suarez, Tottenham’s campaign seems more concern whether Gareth Bale is still with them in the coming season.

However much they want Bale to stay, it has slowly become a fact that he will leave for Bernabeu one day. It is almost impossible to resist the prospect of playing alongside some of the best players in the world with a Real Madrid jersey. This is why Luka Modric, though being dropped to a bit-part role, still enjoys his football being a Los Blancos.

What Spurs urgently needs now is a quality striker. Under Harry Redknapp, they once trailed the league leader by a small margin in January. For two consecutive seasons, they demonstrated the quality to beat the top four. However, against teams who are determined to defend, they lack a clinical striker to turn stalemate into a victory. The 29 goals scored at home was worse than West Ham’s 34. It is obvious that Emmanuel Adebayor and Jermain Defoe are not adequate to inspire Tottenham to the next level.

Levy did try to address this, but after a long battle with Internacional, he decided to surrender in bidding for Leandro Damiao, a potential star who is yet to prove his talents in the European stage.

And here came David Villa, who was no longer favoured by Barcelona. Levy lost out to a very sudden and surprisingly low transfer bid by Atletico Madrid. David Villa may prefer to stay in Spain, but you would wonder how Barcelona could reject Tottenham’s offer if Levy pulled the plug at a quicker pace.

Spurs fans did not wait long to see how lightning strikes twice. Investing £25 million on a proven and young Christian Benteke still looked a bit risky to Levy. Paul Lambert only spent a day after the training resumed to persuade Benteke to stay. Levy, and the Spurs, have lost their second battle in two weeks time.

Now it comes to Roberto Soldado, a prolific international, though six years older than Benteke. Purely looking in the perspective of investment, why would Levy put £26 million on Soldado instead? Only if he has learnt the lessons from his recent failures. 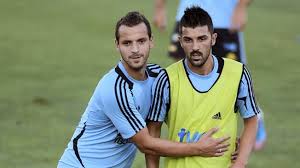 Frustration is growing among the loyal supporters of Tottenham. They are no longer content to challenge the top four and they want to be one of the top four. If the last minute sales of Luka Modric help swell the bank account, Spurs would instead exchange for a more stable August, where just a single extra point could have sent them to Champions League instead.

Daniel Levy may be rewarded with a couple of millions savings by forcing a transfer to ultimatum, but it is also his unwillingness to take a gamble that has seen Tottenham miss out on over £20 million of financial benefits from Champions League football for two seasons in a row. It will not be long when they eventually lose Bale, then Andre Villas-Boas, and finally their loyal supporters. It is time for Levy to put aside the business part of football and wholeheartedly equip Tottenham to be a serious contender.