This is my first post for a while, perhaps unsurprisingly I’ve found little time to sit behind a computer screen over the Christmas/New Year period, but now those festivities are behind us I can get back to what’s important, writing about who Stoke are going to sign in the transfer window.

With recent form dire and player morale likely to be at rock bottom following the Fuller incident at West Ham, fresh blood is definitely needed in the squad. The goalkeeper position, where Thomas Sorensen is doing an excellent job and Steve Simonsen provides a decent deputy, is really the only one where we will not be looking to bring in players, but at least one new striker, a centre midfielder and a pacy winger must be a priority.

Below is a lowdown on all the prospective moves we have been linked with in the last couple of weeks, which I’ll update as new information emerges.

Stoke were linked with Addison back in November but then Derby manager Paul Jewell claimed the player was not for sale. Jewell has since left Derby though and the deal may be back on. Stoke and Hull were reportedly interested in Beattie, who was the second top scorer in the Championship last season, and also scored an own goal in Stoke’s 3-0 win at Bramhall Lane. He cost the Blades £4 million two years ago, but Everton splashed out £6 million to land his signature in 2005. It has been rumoured that a Stoke player will move to Sheffield United as part of the deal, with Richard Cresswell being a likely candidate.  DEVELOPMENT– 9/1/09 – Stoke have had a bid of £2.5 million accepted for Beattie and he has been discussing a contract at the Britannia Stadium where talks are said to be in advanced stages. DEVELOPMENT – 10/1/09 – The deal has been stalled by a problem with Beattie’s leaving settlement from Sheffield United, meanwhile he has been struck by the bout of flu that so often affects players who seem to be on their way out of clubs. Danny Pugh and former Blade Michael Tonge are now being rumoured to be the player heading in the other direction if the deal goes through. DEVELOPMENT – 12/1/09 – The Mirror is claiming Stoke have set a deadline of today for the deal to be completed if it is to be. DEVELOPMENT– 12/1/09 – Beattie has completed his move to Stoke, putting pen to paper on a two and a half year deal for a fee that could eventually rise to £3.5 million. No Stoke player moves in the other direction.

Bikey, who was rumoured to be a Stoke target two weeks ago would join up with former teammates Dave Kitson and Ibrahima Sonko if he moved to Stoke, but I believe this deal is unlikely to go through, and is probably an example of journalists thinking, ”I know, let’s link a big African player with Stoke.” 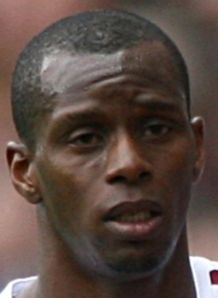 Of all the players Stoke have been linked with, Camara seems most likely to end up playing for the club. He is surplus to requirements at Wigan, despite his decent goalscoring record and will be allowed to leave the club in a cut-price deal if Wigan are able to complete the signing of Columbian forward Hugo Rodallega this week. Stoke seems to be the most likely destination as a move for Camara fell through back in the summer and Camara has said he is keen to link up with his compatriots Abdoulaye Faye, Salif Diao, Amdy Faye and Ibrahima Sonko. DEVELOPMENT – 7/1/09 – Camara denies he has yet been in contact with Stoke regarding a potential move. DEVELOPMENT – 12/10/09 – Wigan have now been granted a work permit for Rodallega so expect things to start moving regarding Camara shortly.

The small and nippy winger is rated as one of, if not the best young player in French football today and was linked with stoke in strange circumstances, Dia’s international teammate defender Ibrahima Sonko telling the press that he had urged Pulis to ”go get him.” I certainly hope Pulis takes Sonko’s advice as from what I’ve read about Dia he is destined to become a truly excellent player.

Diatta, who has been a free agent since leaving Newcastle in May is currently on trial at Stoke, and it will be up to Tony Pulis whether or not he wishes to add a fifth Senegalese Colossus to SCFC and offer Diatta a contract. DEVELOPMENT – 11/1/09 – In interview Diatta claims he is hopeful of gaining a contract at Stoke. DEVELOPMENT – 14/1/09 –Diatta is so stay on for a second week’s trial at Stoke after Tony Pulis declared himself ”satisfied” with what he’s seen. DEVELOPMENT – 19/1/09 – Though nothing official has been said, it is being reported that Stoke will not offer Diatta a contract. Dindane, who is arguably the most exciting of the players linked with Stoke, would be an excellent signing. Marseille seem favourites to sign him though, so don’t hold your breath on this one. DEVELOPMENT – 12/1/09 – Some sources claim Stoke are perparing to bid £6 million for Dindane, particularly if the deal for James Beattie falls through. 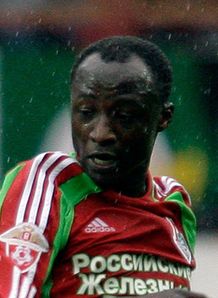 Dramani was close to signing on loan to Stoke back in August but the deal fell through because Lokomotiv decided they wanted to keep him until the end of the Russian season, which was in November. A permanent deal now looks possible. Stop the presses! Stoke interested in a white player! Etherington would solve our left wing problem nicely and with a checkered history of gambling problems and injuries would fit well with Pulis’ reputation of giving players a fresh start. This is as yet just a rumour though and nothing substantiated. DEVELOPMENT – 6/1/09 – Something substantiated has now emerged, with Radio Stoke reporting that Etherington has been at the Britannia Stadium discussing a contract. This looks like it could be our first signing of the window. DEVELOPMENT – 7/1/09 – Many sources are claiming Etherington has agreed to a three year deal at Stoke and the signing will be announced in the next couple of days. The fee is reportedly around £4 million which would make him our second most expensive player ever. DEVELOPMENT – 8/1/09 – Etherington has become our first signing of the window, joining on a contract until summer 2012 for an undisclosed fee, reported to be £3 million.

The delightfully named forward is said to be keen to move away from Lyon and back to Brazil, but no Brazilian club can afford him at present, so he will look to move out on loan until his contract expires in the summer and he becomes a free agent. He has confirmed that Stoke have made a loan approach for him and is currently considering the offer. Let’s hope he decides it’s a yes, as this would be a majour coup for us. DEVELOPMENT – 20/1/09 – The interview published with Fred claiming he is deliberating on an offer to move to Stoke has very frustratingly been revealed to be a hoax and the player says he has not spoken to the club. The Daily Mail are linking Stoke with a bizarre loan move for ageing Championship level striker Gray. I wouldn’t discount it though as the Mail always has good information on Stoke as it is published in the same place as the Sentinel. I can’t in any way get excited about this one though, maybe if it was still 2006 and we were still in the Championship. DEVELOPMENT – 15/1/09 – Gray says despite interest from Stoke he will remain at Charlton.

Gunnarsson is a talented young Icelandic midfielder, famed for his long throw, who would become the first signing from the nation to play for Stoke since the club’s Icelandic owners left in 2006.

Pulis is a long time admirer of Harewood, who has never been more than a fringe player at Villa. Villa are keen to sell him to make way for the addition of another striker to the squad, possibly Wigan’s Emile Heskey. DEVELOPMENT – 7/1/09 – Harewood’s agent denies Stoke have been in contact regarding the player, and emphasises that while Harewood is happy at Villa, he would like to play more regular football, though it would have to be a permanent move rather than a loan one for him to leave Villa Park. Hyypia has fallen down the pecking order after nearly a decade at Liverpool and Stoke are among several clubs interested in adding the experienced defender to their squads. Cardiff rebuffed bids of £5 and £6 million from Stoke this summer but a bid of £7 million could be too good to refuse. Despite Cardiff doing their utmost to hold onto Ledley, he made it clear in the summer that he was keen on a Premier League move. DEVELOPMENT – 6/1/09 – Spurs now look favourites to sign Ledley, which may explain Stoke’s attempts to sign Etherington. DEVELOPMENT – 22/1/09 – West Ham are now being heavily linked with an £8 million move for Ledley. Lallana is a young player who is destined for big things and would in my opinion be a quality signing for Stoke. He has been linked with a move to the Potteries alongside Southampton teammate Andrew Surman.

Omotoyossi, who finished as top scorer in the Swedish league last year, is an extremely strong and powerful striker, who is said to be looking for a move to England after failing to settle in Saudi Arabia. Stoke have been strongly linked with a loan move for him, a work permit not being necessary for such a deal. Quincy, whose potential move to Stoke was touted in the press just this morning spent the first half of the season on loan at Birmingham, but they were unable to extend his loan due to financial restraints. Another good young player for us to be linked with. DEVELOPMENT – 14/1/09 – Quicny is training with Spurs with a view to earning a move there. Another good young player produced by Southampton, Surman has been linked with Stoke for a while. While he seems set for a big move in the future, Surman claims he is currently happy at Southampton, making a move look unlikely at this time. 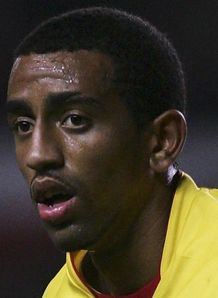 Stoke have been rumoured to be interested in Williamson in the last few days but nothing at all concrete has emerged from it.

With a number of players linked with Stoke looking like excellent potential signings, Dia, Ledley and Dindanestanding out, I would hope we are able to bring in as many of the above as possible as at present, we really do need something to revitalise the side after recent lacklustre performances.