It’s time for me to write yet another preview of Leicester City’s 2011/2012 opponents, in this feature I focus on London based side Millwall. Millwall had a season to remember in 10/11 as the fans watched their club battle to a commendable 9th place finish, as the side that play their games at the New Den were under estimated at the start of the campaign. This is a brand new season however, can Kenny Jackett’s side show the form which warranted them with a top half finish, or will last season’s heroics prove to be a one hit wonder…

Millwall Preview
Along with Norwich City, Millwall were the surprise package of last season’s Championship campaign. Even though Millwall failed to reach the top six, an incredible effort rewarded them with a respectable 9th place finish. The Lions fighting spirit and tenacity to win games paid off last season; however with a fresh campaign to tackle can Millwall match the potential they showed in 2010/2011. Kenny Jackett hasn’t snapped up any star studded signings this summer, but with the exit of Steve Morison to recently promoted Norwich, Jackett quickly replaced the unfortunate departure of last season’s top goalscorer with Sheffield United target man Darius Henderson. Meanwhile with Morison unfortunately leaving the New Den, young 19 year old prodigy of Josh Marquis is gradually making a big breakthrough in the Millwall first team. The Lions will probably not match their excellent 9th placed finish of 2010/2011; however they shouldn’t worry about second season syndrome, another campaign in the Npower Championship is pretty likely. 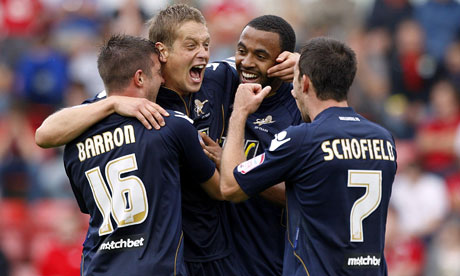 Key Players
With the departure of Steve Morison to Premier League newcomers Norwich City, all eyes will be on the probable strike force of Darius Henderson and John Marquis. Henderson has been brought in as the ideal replacement for Morison, tall, physical and capable of scoring goals the 29 year old frontman has proven history in this division. Henderson may lack goals but he is a player who always gives 100%, he has a number of attributes including his power, heading accuracy and his ability to keep hold of the ball. Henderson is a player who gives defenders nightmares, duo to his muscular frame he will be a player to be feared of in the 2011/2012 campaign. Moving onto possible strike partner John Marquis, not many Championship fans would of heard of Marquis until the end of last season as he emerged on the scene by netting a couple of goals. Marquis proved to be a tricky player to handle, as he provided clinical finishes anywhere in the 18 yard box, still improving this campaign could be the making of the young 19 year old striker, expect him to make a big breakthrough in 2011/2012. Meanwhile winger James Henry is one of the most gifted prospects in the Millwall side, over the past couple of seasons he has been a fantastic servant to the Lions. Henry has made a vital impression while plying his trade the New Den, a skilful player with great crossing ability and a lethal right foot he is capable of scoring and assisting goals week in week out. Finally also keep a close eye on Paul Robinson and Tamika Mkandawire, both solid defensive players the duo will play big parts this season.

Manager – Kenny Jackett
Jackett has brought tones of success to Millwall football club for the past couple of seasons, winning the team promotion was a huge achievement in season 2009/2010. In their first campaign back in the Championship, Jackett managed the team to a surprise but eventful 9th placed finish, Millwall were one of many suprise packages in last year’s Championship, as Jackett yet again showed his consistent potential as a manager. Even though he has to confide in defeat with the departure of Steve Morison, Jackett could well capture the limelight for a second season in a row as he looks to guide Millwall to another top half finish. 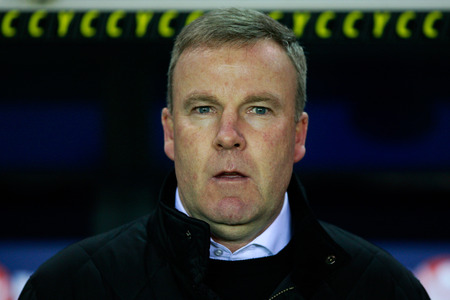 Overall Thoughts
Millwall’s top half finish may well not repeat itself this season, with the league more competitive as ever the Lions will be happy to finish in a mid-table position. The loss of Steve Morison probably won’t be replaceable, but Millwall will have to deal with what they have, the squad lacks depth but players like James Henry, Darius Henderson and John Marquis will certainly motivate Millwall to a decent placed finish. Prediction – 17th