According to various sources and corners of the media, Spurs chairman Daniel Levy is currently in Madrid to negotiate the transfer of three Real Madrid players to the club. With Real Madrid’s ground-breaking spending spree set to continue long into the summer, the club will be looking to kick-start a major clear out. Levy, along with finance director Matthew Collecott and agent Dennis Roach, are reportedly deep into negotiations with Los Blancos regarding Gabriel Heinze, Arjen Robben and Klaas-Jan Huntelaar.

It is thought that new boss Manuel Pellegrini could be ready to rid the club of its Dutch contingent, and Heinze could also be shown the exit door. It is also beleived that Real have been impressed with the Tottenham chairman’s honesty and are happy to do business with the North London club.

Collecott, Levy and Roach in Spain preparing to meat with Madrid officials

Despite Ruud van Nistelrooy being the manager’s preference, Levy seems to be going ahead with the targets he sees suitable for the club, considering the striker’s numerous injuries throughout his career. Heinze was hot property in 2007 when he was set to leave Manchester United. Anfield was his prefered destination, but the club refused to sell the defender to their rivals and the Argentine ended up at the Bernabeu. He has vast experience in the Premier League, and would provide good cover for Ledley King, or slot into the left-back spot. 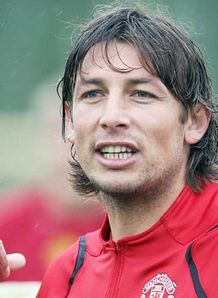 Heinze is a very versatile defender

Arjen Robben is another player who has been hit with numerous injuries, but also one with experience in the England’s top four. The nippy Dutch winger made the switch to Real Madrid for £24 million, also in 2007, and has been a huge part of their attack when available. Robben’s father has ruled out a move to White Hart Lane saying, “We don’t talk with Tottenham. At the moment we don’t talk with any club. Of course, things can change overnight, but one thing is sure: Arjen will certainly not join Tottenham.” However, he made similar comments about his son’s proposed moves to Chelsea and Real Madrid. Robben would allow Modric to move to the centre, and the side would, with Lennon on the right, shred defences to pieces with their wing play. 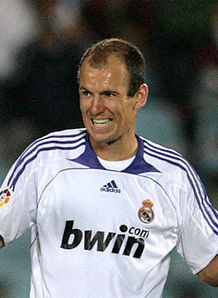 Robben would solve the left-side problem

Huntelaar only joined the capital club in January, but hasn’t been rewarded with the regular first-team football he feels he deserves. And with reinstated club president Florentino Perez eager to keep spending millions to build the second generation of Galacticos, the striker could be wanting away. Spurs were linked with the Dutchman last summer, but a deal never materialised, though it seems Redknapp and Levy could be ready to alter that story this summer. Huntelaar hit the back of the net 76 times during his 92 match tenure at Ajax, making him one of the hottest properties in world football. However, he hasn’t had the best of times since moving to Spain and could be ready to try his hand in a new league. Linking up with Jermain Defoe, the pair should have no trouble emulating the kind of partnership that Dimitar Berbatov had with Robbie Keane once upon a season. 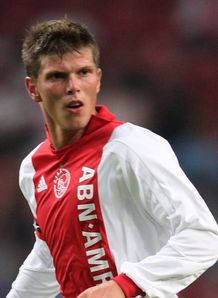 So it seems Daniel Levy is definitely in negotiations with Real Madrid, but how many of the proposed deals will come to fruition is anybody’s guess. It is just nice to know that, after finishing outside of the European places, we are still being linked with such a high standard of player. I would welcome with open arms the three players mentioned above, as well as these Real players: Drenthe, Sneijder and van der Vaart.