It was a very happy Christmas and New Year for Manchester United, as they have opened up a seven points lead in the Premier League over Manchester City, who would visit Emirates Stadium later in the afternoon. The red-hot Robin Van Persie aimed for another heroic performance after he single-handedly rescued United’s FA Cup campaign at Upton Park. Alex Ferguson opted for a more mobile frontline, featuring Shinji Kagawa and Danny Welbeck, to attack Liverpool’s quick but leader-less back four.

Sir Alex has already conceded the hope of relying on their vulnerable defence. The once-best central defenders partner, Rio Ferdinand and Nemanja Vidic, would attempt to contain another red-hot striker Luis Suarez, although it has been months since they last started together. 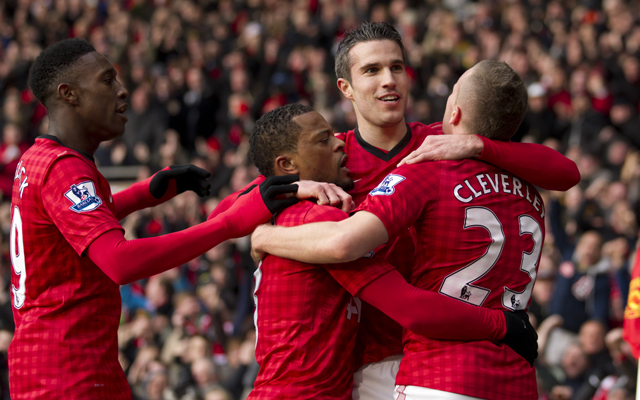 Amidst the free-scoring Red Devil’s frontline, Michael Carrick is the unsounded hero during this 10-game unbeaten run in the league. Although never a strong-tackling defensive midfielder, Carrick is able to dominate the tempo with his football intelligence and passing range. No difference to most of the recent games, Carrick took control of the midfield early in the game against the conservative Lucas, Gerrard and Joe Allen.

Liverpool’s midfield trio was Brendan Rodgers’ main weapon in the passing game, but it turned into a self-destructive tactic at Old Trafford. Pepe Reina was the first to commit a careless pass in his own half, followed by Joe Allen. Neither was punished as Van Persie and Welbeck’s shots were blocked.

A more demoralising fact was Liverpool was beaten by some better passing. Van Persie’s clever movement in the box earned him the space to score United’s opening goal, but it was the delicate passes that displaced Wisdom from the right back to give Patrice Evra loads of time to fire the low cross. Welbeck, Kagawa and Cleverley barely hung on for more than a touch and their give-and-go style was anchored by the passing master Michael Carrick. The England midfielder created another chance through an exceptional diagonal pass to Rafael just before half time. Skrtel prevented Van Persie from doubling the lead, but could not avoid the crash between Pepe Reina and Kagawa. The Spaniard goalkeeper was able to carry on despite the apparent head injury.

Manchester United seldom concede a game when leading at half time.  Their dominance continued after the interval, despite Ashley Young’s departure due to injury. Skrtel escaped from a potential ejection after a cynical foul on Welbeck, but Evra made him pay by converting Van Persie’s freekick. It was Vidic who was on the scoresheet with the slight deflection, but how could Liverpool leave Evra unmarked, when he has been on a scoring streak from freekicks?

Having purchased Daniel Sturridge and Borini back from injury, Rodgers has more options in tactical changes, along with Fabio Borini the forgotten man. He dropped Joe Allen back to his favourite position and played the more aggressive 4-4-2 after half time, with Sturridge playing alongside Suarez. They saw the benefit of having a second striker shortly after Vidic’s goal. Gerrard stole the ball from Carrick and forced De Gea to parry the shot away. Sturridge caught Rafael napping and scored in his league debut as a Liverpool player with an easy tap-in. After all, the Manchester United-Liverpool matchup is destined to be dramatic and exciting. 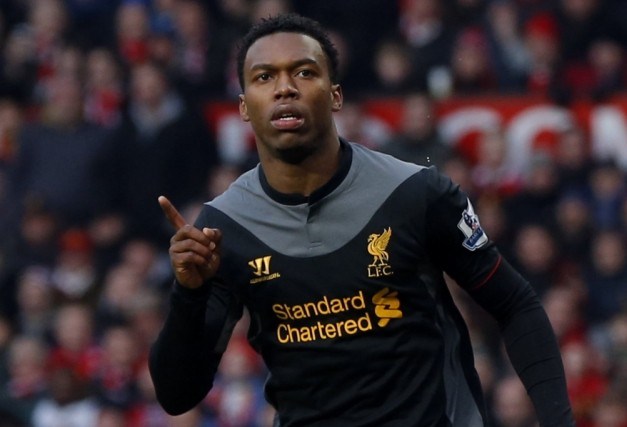 A recurring problem for United was their inability to stay concentrated. Even Rio Ferdinand, one of the natural leaders in the team, uncharacteristically misjudged and was lobbed by a high ball. Cleverley, who was largely solid in the first half, vanished among the black shirts in the second 45 minutes when Liverpool started to press the midfield. The visitors got the upper hand and with all three of their available strikers on the field, the push for the equaliser intensified.

Nevertheless, there was little coordination in between the attackers. Continuous complacency of Manchester United presented Liverpool with more chances, but with Downing and Sterling unable to live up to expectation, threats were limited to Sturridge’s wasteful shots. Alex Ferguson tightened the defence by bringing on Phil Jones and Chris Smalling. The victory was finally secured although they had only been the second best since leading 2-0.

One goal and a great freekick delivery proved the investment in Van Persie is worthwhile. Should Brendan Rodgers be a braver man and have instructed Gerrard to impose pressure on Carrick earlier in the game, Manchester United would not have enjoyed such a comfortable first half. Young Sterling and Wisdom could not deliver under the pressure at Old Trafford, but this is more forgivable than Glen Johnson, who once again proves to be a susceptible full back.

Alex Ferguson would enjoy the double digit lead momentarily, but the Red Devils just still has not shown the true spirit of a title winner. To avoid another heart-broken and embarrassing cough-up in the title race, veterans like Ferdinand, Evra, Scholes will have to step up and alert the youngsters of their painful experience last season.

It’s only Non-League, but I like it: Blog 6- Who are the Blue Square Bargains?
FSG- Managing decline or managing expectations at Liverpool?