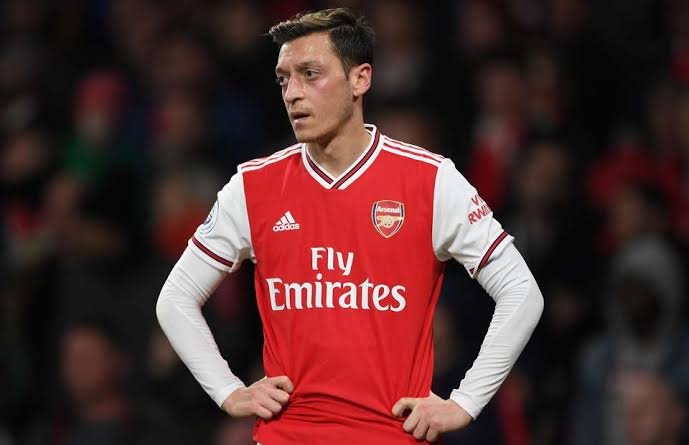 According to reports, Mesut Ozil may have played his final game for the Gunners as the star is being axed from Arsenal’s 25-man Premier League squad after he was also left out of the squad for the Europa League.

The decision to take out the former Real Madrid star from the list which had to be submitted by Tuesday afternoon means he will not be able to play for the Gunners until February at the earliest.

It is, however, unlikely that Arsenal will include him in their squad for the second half of their Premier League and Europa League campaigns, which will be resubmitted by participating clubs after the January transfer window.

Ozil who is currently the highest-paid player at Arsenal, earning £350,000 a week has spent the past seven years at the Emirates since joining the club from Real Madrid in 2013.

According to Premier League rules, the club is expected to submit their 25-man squad by 2pm BST (9am ET) on Tuesday and must include a maximum of 17 non-homegrown players above the age of 21.

But Arteta has 19 to choose from which means two senior players had to be exempted from playing during the first half of the campaign, with Ozil and centre-back Sokratis at the receiving end of the consequence.

Speaking of the decision to exempt both players from his plans for the Europa League which kicks off on Thursday night as Arsenal visit Rapid Vienna, Arteta said: “I wanted to tell them face to face.

“I explained the reason why and it was really difficult for me to tell them that, but this is the restriction and rules and they have to respect that decision and try to train the best possible way, help the team how they can in that moment and see what happens.”

Although there were interests from clubs in the Middle East for the 32-year-old German, Ozil has always assured the club he would see out his contract which ends in 2021.