Nigeria Undone By Second Half Blitz

Nigeria’s 2010 African Cup of Nations campaign didn’t get off to a perfect start, as defending champions Egypt edged an exciting tie at the Complexo da Sr. da Graca stadium.

It was Nigeria who found themselves in front after 12 minutes, as Chinedu Obasi curled in a sublime effort from twenty yards.

Egypt equalised after a mix up between the Nigeria defence, and their goalkeeper Vincent Enyeama led to the goal, as Egypt striker Emad Moteab rounded the keeper and slotted the ball home into an empty net. Egypt found themselves ahead after 53 minutes, as Ahmed Hassan deflected shot ended up in the back of Nigeria’s net.

Egypt completed their fine turnaround as substitute Mohamed Gedo, long range strike crept into the corner of the net, as Nigeria ended the game as the bottom team of Group C.

The match was the first game of the African Cup of Nations Group C, as both of the sides thought their way through, two toughly contested qualifying groups, to make the grade for the 2010 tournament in Angola.

Nigeria was the better of the two sides in the first ten minutes, and it was the Super Eagles who took the lead thanks to a goal from number seven, Chinedu Obasi, as he drifted in from the right wing to smash the ball home past Egyptian keeper Assam El-Hadary.

Nigeria should have been awarded a penalty in the 20th minute, as Yakubu cross was blocked by the hand of Hany Said; however the referee decided not to award a penalty.

Both teams were very evenly matched in the first half, as both teams passed the ball expertly around the field. Egypt though did peg Nigeria back, as a through ball was latched onto by Moteab, as he rounded the keeper and slotted the ball into an unguarded net to make the scores level at 1-1. 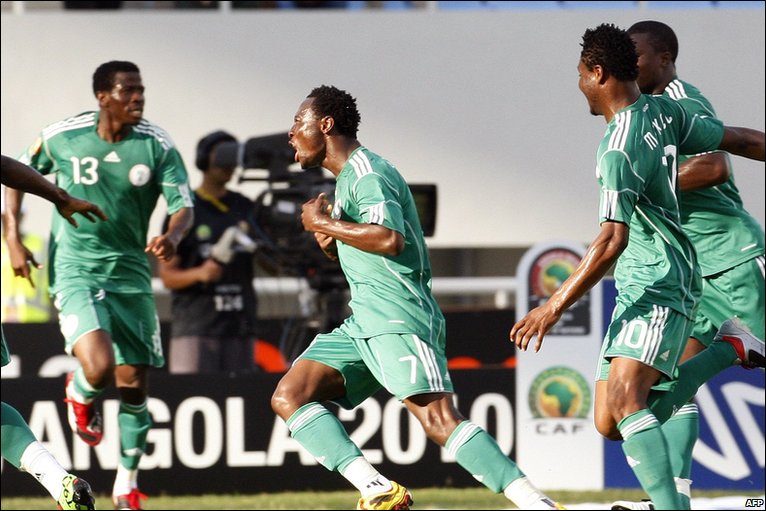 Nigeria would have counted themselves unlucky to have conceded a goal eleven minutes before the break.

“We played well and controlled the game especially in the first half but somehow we made some silly mistakes and we were punished” stated Nigeria coach Shaibu Amodu.

However the 2nd half was controlled by the Pharaohs, as Ahmed Hassan brilliantly struck effort, deflected off Nigeria left-back Taye Taiwo, wrong footing the goalkeeper in the process and ending up in the back of the net.

Egypt should have killed off any potential fight back, as yet again Moteab created space in the eighteen yard box; however he skied his effort highly over the bar.

Mohamed Zidan who caused Nigeria all sorts of problems throughout the game could have well made it 3-1, as his free-kick was tipped away by the Super Eagles goalkeeper.

Nigeria also had fairly good chances towards the end of the game; Taye Taiwo came the closest for Amodu side, as his stinging effort ended up hitting El-Hadary straight into the stomach.

Fulham midfielder Dickson Etuhu also had an effort; however his long range shot failed to trouble the Egypt goalkeeper.

Egypt then pressed Nigeria, as they went in search for a third goal and it came thanks to a well driven shot from substitute Mohamed Gedo who sealed the game on Egypt behalf.

“We didn’t give up”, “I think we deserved the victory”, said Zidan. 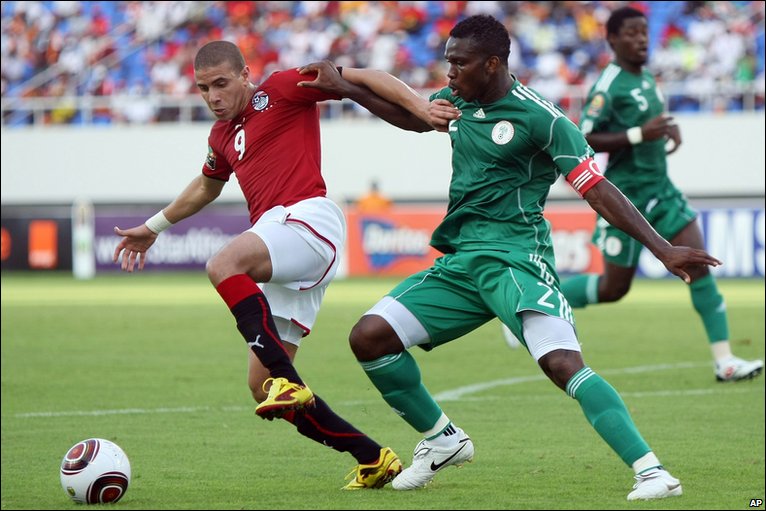 Zidan and Yobo battle for the ball