Opinion: West Brom 3-3 Chelsea | How Frank Lampard got it wrong from the start 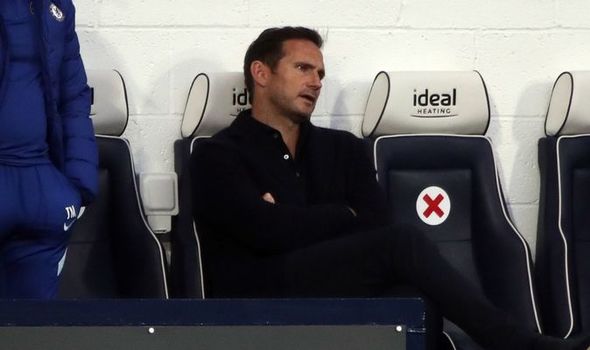 Chelsea came from 3-0 down to secure a point against Slaven Bilic’s men at The Hawthorns, with Tammy Abraham scoring the late equaliser in stoppage time.

The Baggies had taken the lead just four minutes into the match after Callum Robinson took advantage of Marcos Alonso’s poor header to put West Brom in front.

Just 21 minutes later, the Baggies doubled the lead with another defensive error. This time, it was new signing Thiago Silva who was dispossessed at the back which led to Robinson getting his second goal of the game.

The Blues were again punished for poor defending from a corner which allowed Kyle Bartley to tap in a third before the half-hour mark.

At half time, Frank Lampard decided to bring in Callum Hudson-Odoi and the team’s captain, Cesar Azpilicueta who came on as substitutes for Mateo Kovacic and Marcos Alonso.

The Blues did nothing but chase the game for the whole of the second half and just ten minutes into the half, Chelsea were already in the score sheet courtesy of Mason Mount’s superb strike. Hudson-Odoi further reduced the deficit with a fine exchange-pass with Kai Havertz in the 70th minute to set up a nervy final twenty minutes for the Baggies.

With only two minutes left on the clock, Chelsea’s highest goal scorer for last season, Tammy Abraham equalised from close range in what looked like a controversial goal.

It is not exaggerated to say the Chesea boss ultimately got lucky at the end of the game. But the tactics of the manager calls for concerns.

Chelsea apparently struggled in the first-half although not without a few chances. But the team clearly showed a lack of leadership and spirit in what was an abysmal first 45. West Brom were confident in attack, scoring all three of their shots on target within thirty minutes.

Frank Lampard ought to know by now that Alonso’s pace and defensive character cannot match most of the attack in the Premier League. One would expect that with Ben Chilwell being rested for one more week, the Blues manager would bring in Azpilicueta to the left-back position and keep Reece James on the right. Unfortunately, he did quite the opposite.

That single mistake cost Chelsea two goals in the game the Spaniard looked unconvincing until he was being replaced at halftime, showing why he shouldn’t be starting when Chilwell is back fully fit.

Callum Hudson-Odoi not starting the match is another mistake that Frank Lampard almost paid for. With Hakim Ziyech unfit, a forward-winger like Hudson-Odoi is needed to complement Mount in the attack. The young English footballer was a good catalyst for the team.

If it hadn’t been for the introduction of Hudson-Odoi and Azpilicueta, then who knows if Chelsea would have been able to salvage a point from the game.

Up next is Frank Lampard’s side away to Tottenham on Tuesday evening, in the fourth round of the Carabao Cup.