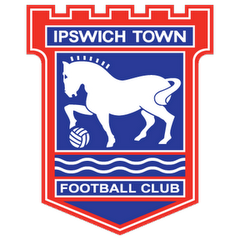 After finishing 9th in the Championship in the 2008-2009 season hopes were high for Ipswich at the start of this term as many backed them as likely candidates for automatic promotion, unfortunately for the ‘Tractor Boys’ the season hasn’t gone as planned and they currently find themselves sitting only 2 places and 1 point above the relegation zone. After Jim Magilton’s sacking, due to the fact he didn’t meet the boards expectations of a play-off spot, he was replaced by Roy Keane. Keane strengthened his squad with 7 new players in the summer with Ipswich being amongst the biggest spenders in the Championship. The season however started very poorly for ‘Town’ and Keane had to wait until October 31st to watch his team pick up their first League win, only their second in his time in charge, this run saw Ipswich sink to the bottom of the league and pressure grew on the former Manchester United midfielders job. Things have picked up since then however and Ipswich now have a resilience, that was pivotal in Keane’s playing days, that makes them very hard to beat.

Two of the most famous managers in English football history have been managers at Ipswich Town, in Sir Bobby Robson and Sir Alf Ramsey; both have been commemorated with status outside Portman Road, Ipswich’s home ground.  Town enjoyed their greatest success in 1981 when, under the late Sir Bobby Robson, they won the U.E.F.A cup and finished fourth in the Premier League, or as it was then called ‘The First Division’. Ipswich Town have also been in the Premiership in more recent times, they returned to the top division in English football in 2000, after a six year absence. In their first season, since promotion from the Championship, they finished remarkably in fifth position and qualified for the U.E.F.A cup, narrowly missing out on a Champions League spot. Ipswich though suffered the famous ‘second season syndrome’ when they found themselves relegated back down the Championship once again.

Ipswich come into this game at London Road having lost just 3 of their last 20 games however they haven’t risen up the table as the form would suggest, due to the fact they have drawn too many games; 10 games in their last 20 have resulted in the Tractor Boys only picking up one point instead of three and they are the Championship’s draw specialists, with the scores being level 15 times in Ipswich’s 29 League games so far.

Peterborough are in danger of finishing with the lowest points total ever since the Championship was formed, Rotherham’s 29 points is the current record, Posh currently have only collected 21 so far. Posh have only lost 2 of their last 7 home games and will be looking to turn London Road into a fortress for the rest of the season.

Back on December 8th 2009 the two teams met at Portman Road and played out a 0-0 draw. Joe Lewis pulled off two world class saves for the away side, in Posh’s best defensive performance of the season. Aaron McLean almost secured 3 points for The Posh in the last minute but his shot went agonizingly wide of the post. Ipswich and Posh have also met at London Road this season in the League Cup where Peterborough ran out 2-1 winners, after coming back from 1-0 down. 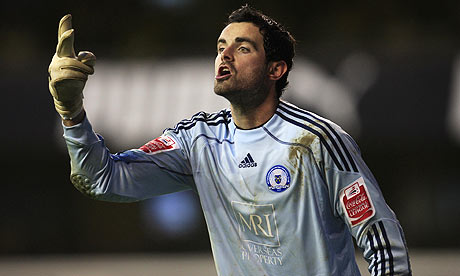 Ipswich:  Grant Leadbitter- Leadbitter signed for Ipswich, rejoining former manager Roy Keane, on deadline day of the summer transfer window, he cost Keane a fee of £2.6 million pounds. A product of the Sunderland youth academy he has represented England at U19, U20 and U21 level. Leadbitter made 111 appearances in his time at ‘The Black Cats’ scoring 11 goals in the process. He has been a regular in the Ipswich midfield this season and has scored 3 goals. A battler and a midfielder with an eye for goal from long-range, Posh will have to be at their best to make sure he doesn’t boss the midfield. Peterborough: George Boyd – The skilful George Boyd has put in some stunning displays at Posh since signing from Stevenage Borough for a conference record £250,000. Boyd will always be remembered as a club legend and has been a catalyst in both of Peterborough’s promotion seasons and is the clubs top goal-scorer this term. Boyd has not been at his best recently though and his performance at Middlesbrough was very poor, he will be looking to make amends against Ipswich and the away side will have to be very fearful if Boyd is on top of his game.

Ipswich:  Richard Wright misses out but is coming back to fitness; Lee Martin is also unlikely to be fit. Luciano Civelli is a long term injury worry.

Peterborough: The Posh have no fresh injury worries, it is unlikely Gabriel Zakuani will have recovered from his groin injury although the centre back is close to being back to fitness.

Middlesbrough scrape past Peterborough and continue their unbeaten streak which now stretches to 6 games.
Williams Rejoins Fergie At Preston…