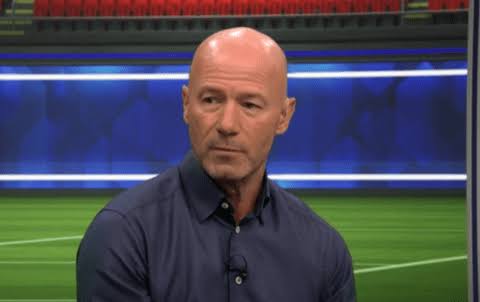 Following an impressive win on Saturday night against Newcastle, Alan Shearer has heaped praise on three Manchester United players whom he believes are crucial to the win.

United had come from a goal down to win at St James’ Park thanks to goals from Harry Maguire, Bruno Fernandes, Aaron Wan-Bissaka and Marcus Rashford.

Newcastle legend Shearer who was present on BBC Match of the Day as a match analyst was quick to heap praise on the trio of Juan Mata, Fernandes and Rashford for their role in the win.

Mata with four goals and five assists against Newcastle in the Premier League provided the assist for the first goal for United while Rashford and Bruno Fernandes were both involved in the remaining three goals.

“From a Manchester United point of view, I think Ole Gunnar Solskjaer deserves credit for changing the team. That team had to be changed after the last performance that they had. They did that and they played very well and they absolutely battered Newcastle I thought,” Shearer told the BBC.

“They dominated possession. (Juan) Mata and (Bruno) Fernandes were so clever I thought, because they just went and stood in those little pockets in the holes in front of Newcastle’s back four and Newcastle couldn’t handle that. They were just too good on the ball, they showed a lot of creativity, everything Newcastle didn’t have.

“Brilliant ball in for Harry Maguire from Mata for Maguire to get his goal, but those two on the ball, if you give them the amount of time that Newcastle gave them then they are going to punish you and cause you problems all evening as they did.

“Rashford I thought was excellent too, one goal and two assists. Well done Ole Gunnar Solskjaer after that debacle in the last performance.”

Everton 2-2 Liverpool: Jurgen Klopp explains why it’s the ‘best away derby’ in five years
Frustrated Mourinho says no automatic place for Gareth Bale at Tottenham after 3-3 draw against West Ham