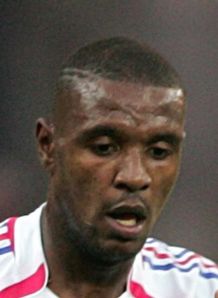 After a difficult period with Barcelona, Eric Abidal may put his regular place in the French team in jeopardy. There is a large number of French players that can play in his position, that is, at left-back. Moreover, most of these players have had an amazing 2007/08 season. For example, Patrice Evra has been in scintillating form for Manchester United and has helped his club secure the English Premiership and also remain in contention for the UEFA Champions League.

Gael Clichy is another left-back that has been a regular for his Arsenal team this season. In a recent poll conducted on Facebook by Eurosport, results have shown that Man Utd left-back Patrice Evra has got more of the public’s votes than Abidal. It remains to be seen if Domenech will continue to play Abidal ahead of Evra, who is in a better form.