They tried to play down the importance of beating their rivals at this time of the season, but everyone knows the determination for victory is in their blood. A 1-0 or 2-1 win to Madrid could leave Victor Valdes regret for his carelessness in 1st leg, but Barcelona has not lost in their last seven visits to Bernabeu. Madrid’s recent struggle in the league could not bolster the fans’ confidence either.

The lineup, however, was encouraging for Real Madrid. Coentrao’s suspension meant Marcelo was back in the starting lineup after returning from Olympics tournament. Pepe, another well-known El Clasico participant, were also back from injury and did not spend long to make his presence known. His hard challenge on Lionel Messi and fierce shouting towards the penalty-seeking Alexis Sanchez were nothing unfamiliar, but his unintentional assist to Higuain brought a much needed lead to the home team. 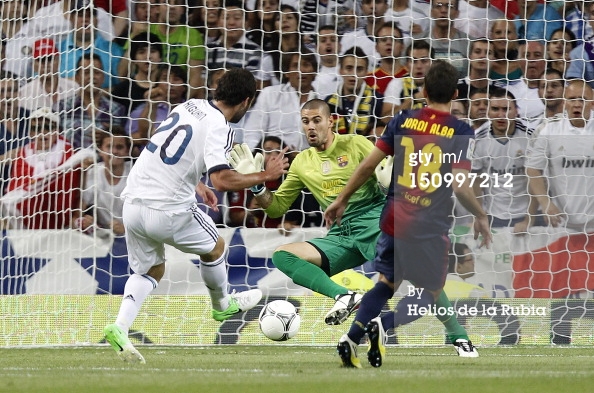 Daniel Alves was surprisingly pulled out of the starting XI. His substitute Jordi Alba did not weaken the team by miles, but the gap in El Clasico experience of the two teams was widened. Jordi Alba did not look too nervous, but his presence seemed to have unsettled Javier Mascherano. The Argentine often positioned himself some distance away from his partner Pique, which the void was exposed twice by Higuain, only to be left unpunished by the striker’s poor finishing. The nightmare went on when his intended hook clearance could not get a touch to the ball and left Higuain wide open to score the first goal.

There were not many choices for Jose Mourinho, even with the purchase of Modric. Nevertheless, this is unarguably the most effective Real Madrid lineup, with Ozil orchestrating in the centre of midfield, supported by speedy Cristiano Ronaldo and Di Maria. They struggled against a very crowded but organised Getafe defence, but Barcelona allowed them to utilise their strength in counter-attack.  Cristiano Ronaldo punished the complacent high line defence, dispossessing Pique’s soft clearance with a clever back heel and defeated Victor Valdes with a powerful right foot shot. All of a sudden, Real Madrid found themselves in the driving seat, thanks to mistakes from the Catalans centrebacks.

Referee Mr Mateu accepted one of the hardest jobs in the world. Having to gesture to the players “who’s the boss” only 10 minutes into the game, Mateu handed out a wrong yellow card to the innocent-for-once Pepe, but the dismissal of Adriano for a cynical foul 28 minutes in the first half was an easy decision. It was once again brought by a Ronaldo’s counter attack. 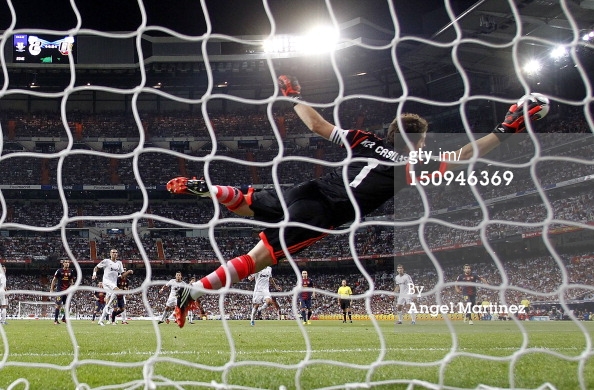 Casillas Could Not Keep Messi's Exquisite 30-Yard Freekick Out

Montoya was forced to be brought on for the disappointing Alexis, who struggled to cement his feet to the ground on even the softest challenge. Right back had suddenly became the weakest link of Barca’s defence, evident by Ronaldo’s easy turn against the young right back, but Pique and Mascherano seemed to have both regained  concentration. Two crucial tackles had prevented Higuain and Ronaldo to conclude the game in first half.

Typically, being one man down and trailing by two goals means game over. Barcelona players, though, still looked rather composed, however rattled deep down they were. On the other hand, Real Madrid remained cautious, being well-aware of their opponents’ ability. In fact, it was the 10-men Barca who stayed dominant in possession, a very atypical phenomenon in such circumstances.

Keeping possession could be the best means of defence. Barcelona  attempted to echo Swansea’s theory with ten outfield players. Jordi Alba ruled the left flank while Pedro, having switched from left to right following Alexis’ exit., kept Marcelo busy.  Los Bloncos looked happy to sit back with the lead, but their persistent fouling was finally penalised. Messi restored Catalan’s hope with a magnificent 30 yards freekick that went in between Casillas’ glove and the post just before the half time whistle. Real Madrid was only leading by an away goal at that time.

Messi’s goal killed Real Madrid’s momentum slightly. Tactician Mourinho decided to pound on the man advantage by ordering Marcelo to push forward in second half, but the extra room at the back almost brought Barcelona the lead. The diagonal pass was the ultimate weapon that slid through Madrid’s defence. Pedro missed a golden opportunity, while both fullbacks were also freed in similar fashion, with Montoya’s chance coming in the final minute. Nevertheless, Casillas did not concede any of those and single-handedly rescued Madrid.

Victor Valdes did not let Casillas steal the show either. Khedira and Ronaldo had once come close but were stopped by the eccentric goalkeeper. Mascherano and the post also collectively saved Barca from another effort by Higuain. Luka Modric could have netted a debut goal on the El Clasico stage in Bernabeu, but his first time shot from Benzema’s cutback was blocked by Mascherano.

El Clasico could not end without mentioning Messi. Alex Song, another debutant from the Premier League, calmly set up the playmaker at the edge of the box, but only saw the final chance of the match being sent wide of the post amid sliding blocks from Pepe and Sergio Ramos. Another entertaining El Clasico ended in dramatic fashion, seeing Real Madrid conquer the uphill battle and deservedly won the 2nd leg.

Los Bloncos’ fans would hardly criticise their team’s performance with their first victory of the season, so as Mourinho, as his players responded to his pre-match comments in a positive manner, but their defence still looked rather vulnerable. Their inability to keep hold of possession, at least against Barcelona, is worrying. Luka Modric could potentially be a solution to the problem, but Ozil’s dipping form is unpromising either. There were little threats to defence from dead balls, an area they have worked hard on, but the defence still looked disorganised by the standard of Jose Mourinho.

Barca showed they are still invincible in attack. The Catalans didn’t fail to threaten Real Madrid with ten players. Complacency, though, cost them three goals in two matches and is something Vilanova has to address. Also, has Vilanova got a plan B in his pocket? Heading to Bernabeu with a lead in hand, there were no reasons they had to risk an aggressive approach in defence, particularly playing against a very mobile Real Madrid. Sitting deeper at least for the first fifteen minutes of the game would have already unsettled the opponents. Besides, with Pedro back at his best and Alexis looking a bit disillusioned, Fabregas may be a better option in big matches ahead of Alexis to offer better composure and decision-making in the final third. 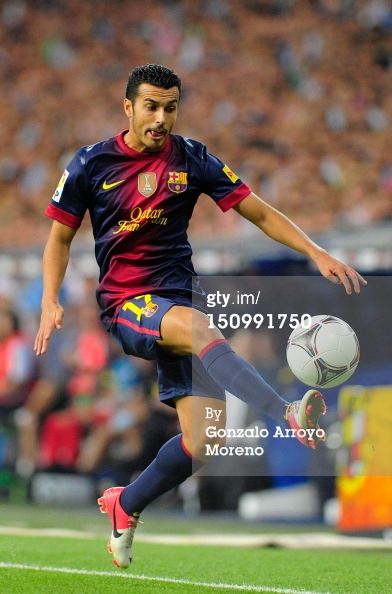 Back in Form, Back in the Lineup