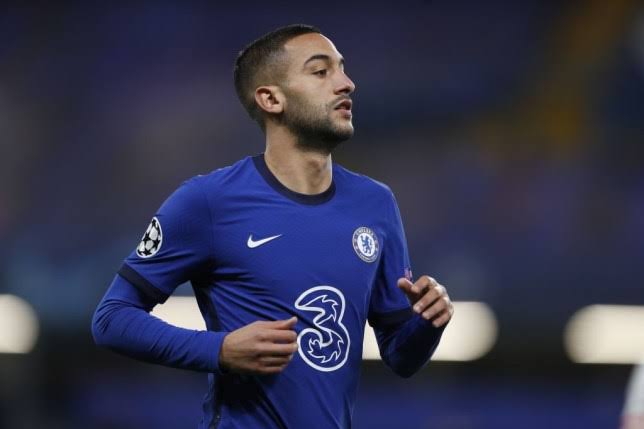 Hakim Ziyech who has endured a difficult start to life in England has described Christian Pulisic as a ‘crazy’ winger while confessing his anticipation to link up with the new Chelsea attacking line.

The 27-year-old Moroccan had picked up a knee injury in the pre-season match against Brighton & Hove Albion but finally made his Premier League debut as a late substitute in Chelsea’s 3-3 draw to Southampton, while also enjoying few minutes of play in the Champions League goalless draw with Sevilla.

Although he is still working towards his full fitness, Ziyech is now happily settled at Stamford Bridge and is pleased he held out for his big Premier League switch.

“Kai and Timo are two big talents, they have proved it at their clubs before. Christian is one of the biggest talents. They have a lot of quality.

“Christian has been here a season longer, and you can see what he is capable of doing on the pitch. He is a crazy winger. It is really exciting to work with them and I can’t wait to be on the pitch, fully fit and doing our thing.

“For me [being fully fit] can’t come soon enough, but if you think realistically I’ve been out for a while, the season stopped early for me last year, so I didn’t play for a while as well.

“The injury came at an unlucky time, so for me it’s now important just to get rhythm back and build up everything again.

“I know it will take some time, but for me it couldn’t be soon enough.

“It is what it is right now, it’s most important for me to build and get to 100 percent fitness, and that’s what we’re working to.”