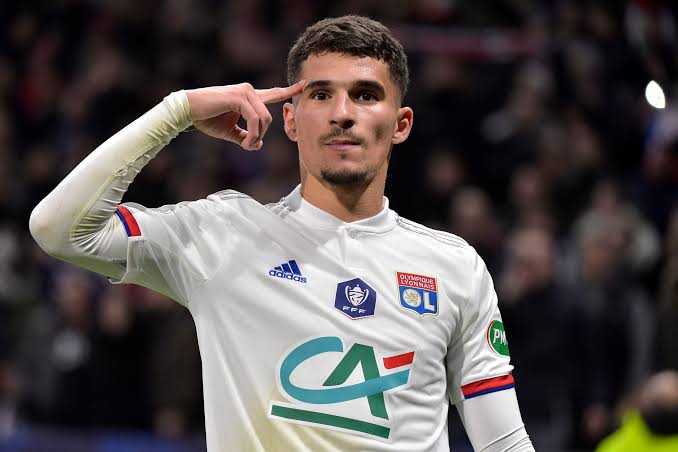 Arsenal’s hope of a big signing may have been dashed as Lyon have announced that their captain Houssem Aouar and Memphis Depay will be staying at the club and all negotiations are off.

Aouar has been the Gunners top target in the transfer window.

Lyon, however, have made final decisions on the future of both players and made it clear that the pair will not be leaving the club any time soon, not before the October 5 deadline. This is, indeed, a blow for Mikel Arteta who will now miss out on his top target.

With Edu set to close a deal, the Gunners have raided their bid in the pursuit of the Frenchman in the past few weeks after their opening offer of £32million was turned down by Lyon.

Lyon president Jean-Michel Aulas, however, made it clear that Arsenal and other potential clubs had until Friday to get any potential deal done.

Today, according to RMC Sport, the club have confirmed that both Aouar and Depay will be staying at Lyon until at least January.

On a personal term, Aouar had agreed to join Arsenal, so long he did not receive an offer from Barcelona or Juventus.

However, the Gunners have not been able to meet Lyon’s demand for the midfielder, although the French side have remained adamant that he would only leave at the right price.

Arsenal have been having financial challenges and the club’s manager has been told that he must raise funds before he’s able to bring in Aouar or any top target.

While Lucas Torreira is in Madrid already to undergo his medical at Atletico ahead of a season-long loan, there are no other confirmed departures at the Emirates.

But according to other reports, Sead Kolasinac could be set to join Bayer Leverkusen while William Saliba could also leave on loan.