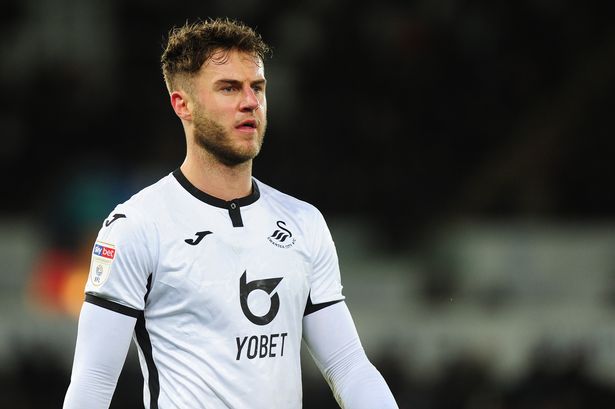 According to Sky Sports reporter Kaveh Solhekol, Tottenham Hotspur are in talks to sign centre back Joe Rodon from Swansea City ahead of the transfer closure at 11 pm tonight.

Jose Mourinho’s men are willing to sign a centre-back before the transfer window deadline but have faced disappointment in their pursuits of their primary targets; Chelsea’s Antonio Rudiger and Inter’s Skriniar.

Spurs was also interested in Ruben Dias, but the Benfica defender opted to join their Premier League rivals Manchester City

Championship side Swansea are however clear that Rodon will not be leaving the club at a reduced fee and it is not clear yet whether Tottenham will be willing to pay the asking price for the Wales international who is currently on international duty for his country and expected to feature against England on Thursday.

Swansea boss Cooper believes the centre-back has what it takes to reach top level but feels the Welsh still has a long way to go, BBC reports.

“I don’t think anybody is at their best at 22. It’s more four, five, six years down the line,” Cooper said.

“The aim is to keep working hard with him and he is definitely doing the same himself. He is giving it his best shot to keep progressing.”

When asked whether Rodon is destined for the Premier League, Cooper answered : “Yep. Yeah definitely!

“But I still think he is on that journey. He has only played just over 50 games.

“We say every week, let’s hope he has better luck with injuries, he can get a good season under his belt and we can take it from there.”

BBC however reports that Cooper is quite optimistic Rodon will remain at his home-city club for the rest of 2020-21 at least.

“Joe is a good young player and I am sure there will be and have been people looking at him,” said the former England Under-17s coach.

“But I can only go off official information from the club and that is that there is nothing.

“You do tend to get a tip-off, through maybe agents or even people at interested clubs, that something might happen, but there hasn’t been anything for anybody.”

Rodon has also been linked with other Premier League clubs, including Manchester City and West Ham United.