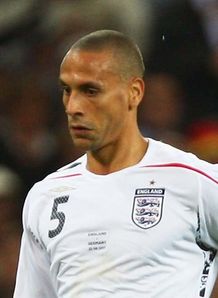 Fabio Capello has today named the England captain for the friendly match against France. Englandâ€™s captain for the Wednesday game will be Man Utd defender Rio Ferdinand. Capello has said that he is rotating the England captaincy to view all the available optionsâ€™ capabilities. This will eventually lead to the appointment of the best candidate. Gerrard was the captain for Capelloâ€™s first game in charge of the Three Lions. Ferdinand earned his first cap for England in 1997 and has played 65 for his home nation. This will not be the first time that Ferdinand will be wearing the captainâ€™s armband, as he has captained his club Man Utd several times in the absence of Gary Neville. Rio has recently stated that he looks forward to being named Man Utd captain when Gary Neville hangs up his boots.

The game against France may continue to prove why Capello is the best man to lead England into the World Cup qualifiers, and it will be another opportunity for players to perform well and impress Capello. Performances seem to be the most important thing for the Italian manager. Players are chosen depending on their current form for their club, not by their reputation. Wes Brown, Owen Hargreaves and Wayne Rooney are the other two Man Utd players that could feature in the game against France, while Louis Saha and Patrice Evra may feature for the French side led by Raymond Domenech.