Ryan Giggs warns ‘it could be 15, 20 years’ before Manchester United win their next Premier League title 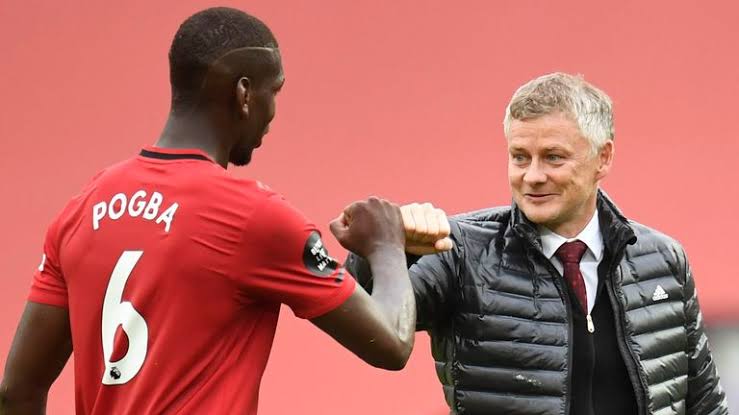 According to Sunday World, Manchester United legend has warned the club fans it may take a long time before the Red Devils can win their next Premier League title, claiming it may take another 20 years down the line.

The Welshman who won 13 Premier League titles in his career at United made the statement while speaking to Jamie Carragher on The Greatest Game podcast, admitting his former club face a long road as they aim to revive their glory days.

After seeing Liverpool clinch their first domestic league title in 30 years, Giggs thinks the title will rotate between the Reds and Manchester City for some time especially if both managers Jurgen Klopp and Pep Guardiola are still with their respective clubs.

“Yes, 100 per cent. It could be 15, 20 years before you know it, especially if Klopp and Guardiola stick around,” he stated.

“They have got the resources and the players so we have Liverpool to look at where the last time when they won it in 1990 they thought we’ll win it again soon.

“Even Klopp took four and a half years for him to win it – it takes a long time. You have to think about what Klopp did.

“He improved the team every season or won a trophy like the Champions League and then you saw the improvement so the pressure was off a little bit.

“Every manager and signing is seen as that he will win us the league and it’s not like that.”

However, Giggs former club-mate Louis Saha shares a different opinion as he told Sunday World that United could be back to winning ways under their manager Ole Gunnar Solskjaer.

“I don’t think we need to wait two years for this United team to have success because it can be sooner than that, but it is hard to recreate what we had when I was at the club and they were winning every season,” Saha said.

“The Premier League has changed since my time as a United player and there are so many more clubs with real ambition now.

“Tottenham is there, Arsenal is there, Chelsea are spending so much money and we have just come out of transfer window where we had £1billion spent by the Premier League clubs.

“This is a tough league to be successful in and Ole is expected to bring success to United when so many managers have failed in recent years.

“We also have to remember that we don’t always understand what happens behind the scenes at a club. Maybe they has been an attachment to one agent and that has been a factor in why things have been hard in the transfer market, but there are several reasons why the team are not playing as the fans would expect at the moment.

“I still believe there is enough quality in that squad to have a successful season and when we see Liverpool and Manchester City struggling at the start of this season it reminds us that every team can stumble at times.”