An knee injury suffered against local rivals Bolton Wanderers for Blackburn and All Whites captain Ryan Nelsen, could ruin his hopes of captaining the Kiwi’s at the upcoming World Cup Finals in South Africa. 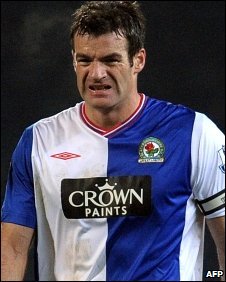 In the Sunday lunchtime game, that Blackburn won 3-0 in blizzard conditions, Nelsen came off just before half-time following a clash with Bolton’s Ricardo Gardner.

“I’m hoping that he’s twisted his ankle and not his knee, but he was holding his knee which was the big problem for me and I think it’s his one where he’s had surgery before. It’ll be 48 hours before we can tell and we’ll keep our fingers crossed, not just for us but for him.”

The All Whites have their fingers crossed too, losing Nelsen for the World Cup would be a massive blow.