Last night, Real Madrid’s president, Florentino Perez, announced that Jose Mourinho’s turbulent reign at the Spanish giants would be ending by mutual consent on June 1. The manager and president have agreed a deal in which neither will have to pay the other any compensation, effectively leaving the self dubbed ‘Special One’ free to talk to other clubs and perhaps paving the way for a much talked about return to Chelsea. Fans of the Stamford Bridge club have long harboured dreams of their former manager returning to London and feel this could be the perfect oppurtunity for both club and manager, while many journalists still view him as an apparent mythical being. Yet, I ask whether this is still the case? 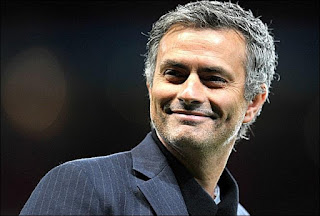 Mourinho has the best win record of any premier league manager on record, a statistic that Chelsea fans will revel in, but glorious returns are rarely all they are expected to be, as Kenny Dalglish can vouch for. Mourinho is a great manager, as his trophy haul can prove, but one has to wonder whether he has indeed become a victim of his own success of late. At Real Madrid, he appears to have become a parody of himself, starting unnesscary sparring contests with seemingly anyone willing, including most of his team. In the past few years, Chelsea have put serious effort in trying to rebuild their image, an image tarnished by various player controversies, would it be therefore wise to appoint a manager who appears to provoke controversy wherever he goes, whether it be eye gouging or muted interviews.

This is a risk reflected in Manchester City’s refusual to consider the Portugese manager as a serious candidate for the role at Eastlands. Mourinho’s style was dismissed by chief executive Ferran Soriano and  director of football Txiki Begiristain as ‘too  vulgar’ when  considering replacements for Roberto Mancini. The potential damage this appointment could do to Chelsea’s repuation must be considered by the board and measured against the on the field success he might bring.   It is also important to consider Mourinho’s cavalier management style, especially with regard to transfers. The outgoing Madrid manager has built a reputation of overhauling squads, but few would even suggest Chelsea are in need of such treatment.

While the side has changed from the one that won the Champions League, the much maligned Rafa Benitez (ironically Mourinho’s successor at Inter Milan) has moulded a very adept unit capable of challenging at the top of the league next season, bar the odd signing. It remains to be seen whether Mourinho would consider this or would plunge deep into the transfer market, potentially damaging the impressive dynamic of the team.

Mourinho is still a good manager and always will be, but he and Chelsea both need to review and learn from the former’s mistakes at the Bernabau, while the fans must forget any nostalgia and accept he will not be an easy waltz to glory if he does indeed return.

Chelsea’s Transfers In The Summer.
Romelu Lukaku – Chelsea’s Star of the Future?