Stoke completed the signing of Crystal Palace midfielder Tom Soares late last night for a fee of £1.25 million that could eventually rise to £2 million. The 22 year old has signed a four year deal at the Britannia Stadium.

Soares is primarily a centre midfielder, but has also been used at times on the wing, a position that is neither his favourite nor his best, but one that he is happy to fill if it means regular football. Given Stoke’s abundance of centre midfield talent, and lack of wingers, it is likely that Soares may find himself playing on the wing.

The England Under 21 international, though Barbadian by descent, broke through into the Crystal Palace team from their academy in the 2003/04, and went on to make 165 competitive appearances for the club, some at Premier League level, and scored a total of twelve goals, including one against Stoke at the Brit three years ago. he netted six times last season for a Palace side that failed in the play-offs after losing to Bristol City.

Soares has claimed that the atmosphere when he has played at Stoke in the past is what has attracted him to the club, saying,

“It is a brilliant place and the atmosphere was amazing. That definitely played a part for me because you want to be playing at big clubs. I am only 22 and I think this is a great move for myself.”

“Everyone wants to be playing in the Premier League. I am just pleased to be here, now hopefully I can bring something to the club…and win us the league!”

Though that outcome seems unlikely, it is good to see players with a bit of optimism and belief in the club and themselves.

Soares is not the glamourous signing that many fans had hoped for, but he is without doubt a very good player, and one who should add to the Stoke squad. The level of competition we now have for central midfield places is also very pleasing. 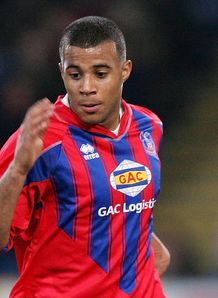