Ahead of a fixture as critical as title-decisive, it is common that managers grant extra rest to their key players . Having already qualified for knockout round of Champions League, Sir Alex Ferguson still fielded a relatively strong side against CFR Cluj, who needed a win to keep their qualifying hope alive. While he believed that Rooney is a player who only gets better through playing, several players who are on the brink of first team opportunity were given the chance to show their ability in this competitive though pressure-less match. 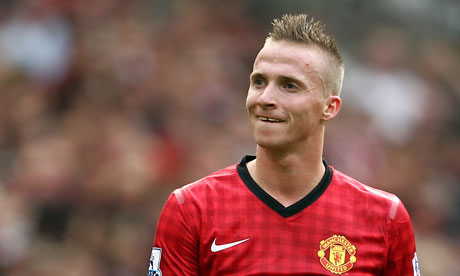 Scott Wootton showed significant improvement from his disastrous performance in League Cup against Chelsea. He enjoyed a nearly faultless night through solid positioning and simple clearance. The young defender will hardly be an integral part of the first team in the near future, but he has certainly demonstrated the potential to become a decent centreback.

Phil Jones and Chris Smalling, who both had recovered from injury lately, shared the responsibility of the defence on the right. While Smalling was as composed as ever and showing better fitness than in the match vs Aston Villa, Phil Jones struggled offensively at the right back. With the Red Devils operating without a proper winger, the physical strength of the utility defender was seldom utilised through overlapping. His poor passing only made his night even more miserable. Rooney’s help in the second half brought some improvement, but it would still be hard to envision Jones being able to regain a first-team regular position.

The reality is always cruel and it is indeed very hard to swallow for Manchester United fans to realise that the club legends, Paul Scholes and Ryan Giggs, are the weakest links in the team at the moment. While there is little expectation on the loyal pair to have significant contribution in defence, their inability to create opportunities in attack had truly hurt the home team. Many simple passes were misplaced, with Scholes’ one even directly linked to the conceded goal. It has not been a hard decision for Sir Alex to drop the two veterans in important matches and one will not expected to see either of them start in the upcoming Manchester Derby.

Amidst the misery in the loss, Alex Buttner deserved some praises. There is little doubt on the wing back’s attacking ability, but the Dutchman had also been reliable in defence. Having only just arrive in Old Trafford this year, he has already made positive impact to first-choice left back Patrice Evra. The declining Frenchman cannot let complacency take over, with Buttner awaiting the chance to overtake Evra. 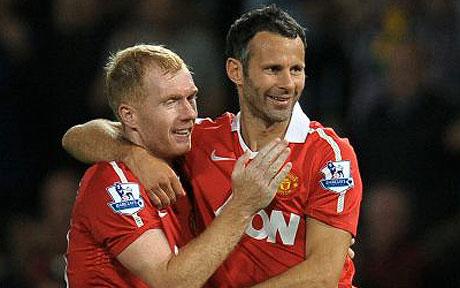 Nick Powell and Federico Macheda are the remaining two unmentioned young players, and there were little worth to mention indeed. Powell started the match on left midfield and although he showed flashes of excellent techniques, Powell were unable to fluently combine with Alex Buttner and often slowed down the attack with his indecisiveness. Macheda was once a hero in Old Trafford, but the development of the young Italian has stalled in the past few years. He had not been involved in much attack in his brief 20 minutes of the night. His lack of pace can barely fit the style of the Red Devils and only further add uncertainty to his future at the club.