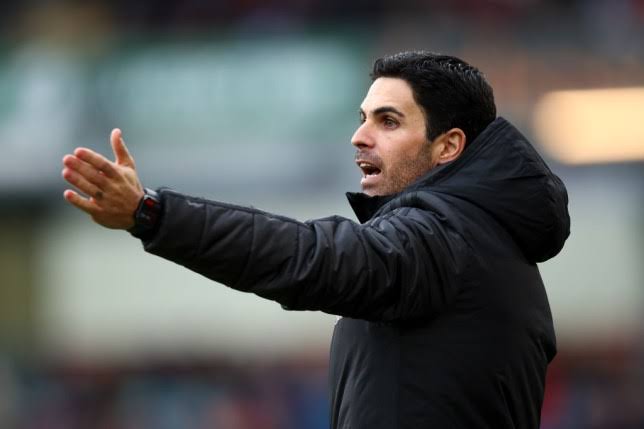 Despite victory for the Gunners in the Carabao Cup win against Liverpool on penalties, the Arsenal boss was quick to stress that there remains a high gap between the clubs at the moment.

Mikel Arteta’s side grazed for a win over the Reds on Thursday night with the match ending in a 0-0 draw before goalkeeper Bernd Leno proved to be the hero for the Gunners, denying Harry Wilson and Divock Origi in the penalty shootout.

The victory means Arsenal have now won three out of four games played against Liverpool since Arteta took over at the Emirates. Notably, two of those victories have been decided on penalties.

Liverpool’s most recent victory over the Gunners was just last month in the Premier League which the Reds won 3-1.

However, with Arsenal finishing 43 points behind the Premier League champions last season and fully aware of the need to keep improving, Arteta believes are only on the right track as they keep working to get to the same level with Liverpool.

“I am really happy with the performance. I think the boys were exceptional. We corrected a few things from Monday and it was superb,” Arteta told Sky Sports post-match.

“We competed much better, the level of aggression we had, the way we pressed them really high was exceptional.

“Bernd Leno was really good. When we needed him we had him. You need a top individual performance to win at Anfield and that is what we had tonight.

“I really have belief in Bernd. I know him really well and what he can give us. We didn’t want Emiliano Martínez to go but it was probably the right thing for both parties to do.

“To come here and play with the determination and courage is a big step forward for the team. They are on the right path.

“The gap towards Liverpool is still big. We will keep improving to try and reach their level.”

Arsenal are drawn with Manchester City in the Carabao Cup quarter-finals and Arteta will once again face up the challenge against the club he began his managerial trade, under City manager Pep Guardiola.

“I was waiting and enjoying the victory and then we have to play Manchester City,” Arteta added. “It is what is, there are a lot of tough teams left in the competition and we will prepare for it.”