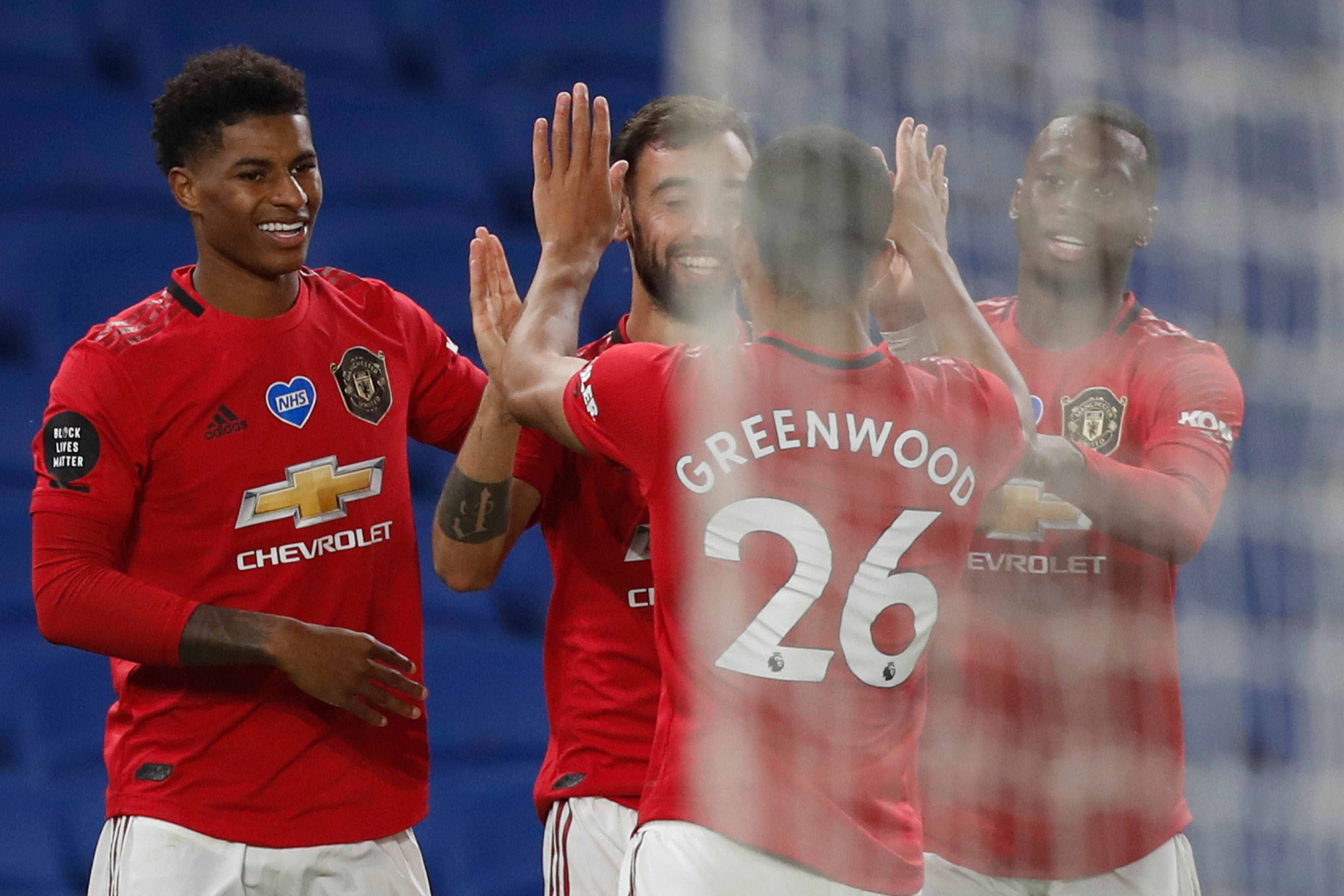 Manchester United picked up a second-straight Premier League win as they registered a comfortable 3-0 victory over Brighton & Hove Albion on the road. The Red Devils produced a solid performance on both ends of the playing field, but Bruno Fernandes and Mason Greenwood were undoubtedly the standout performers in a delightful attacking display.

Bruno Fernandes coming into his own: The Portuguese has been a revelation for the Red Devils since his mid-season move from Sporting and he bagged his fourth and fifth goals of the Premier League campaign against Brighton. Fernandes was impressive with his positioning over the course of the game and his highlight moment came during the counter-attack for the club’s third goal, where he scored with a fine volley. Since the start of February, Fernandes has made more goalscoring contributions (five goals and three assists) than any other Premier League player.

United’s defensive record: United are unbeaten in their previous 15 matches across all competitions and during this period, they have kept a sublime tally of 11 clean sheets. At the beginning of the season, there were doubts over the understanding between Victor Lindelof and Harry Maguire in the central defence, given the former was found out of position on occasions. There has been a definite improvement on the co-ordination as the campaign has progressed and the club will need more of the same from the duo as they seek to finish in the Champions League places.

Mason Greenwood’s best performance: Greenwood hardly got a regular run of Premier League starts before the coronavirus shutdown, but things have improved after the prolonged break. The youngster started his second league game on the bounce on Tuesday night and got United running with the opening goal in the 16th minute after using his trickery to outwit the Brighton centre-backs. Greenwood switched flanks with Marcus Rashford on a number of occasions and he provided a delightful cross from the right wing which led to Fernandes’ sublime second-half goal.