England were trailing Germany by a goal and they looked to have equalised when Frank Lampard’s shot looped over Germany’s goalie Manuel Neuer and bounced at least a yard over the line prompting celebrations from the England players but to my dismay, the referee Jorge Larrionda signalled that the ball had not crossed the line and waved for play to continue 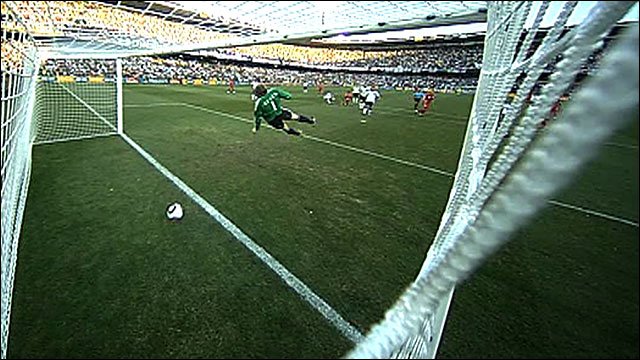 LMAO!! anyone that remembers this incidence will always laugh out loud. Nobody in the stadium thought there was any danger of a goal when United keeper Roy Carroll tracked back to catch a speculative long-range lob by Pedro Mendes. Yet instead of catching the ball, Carroll somehow let it bounce off his chest, over his shoulder and a clear two yards over the line before he desperately clawed it back out into the field of play. Somehow neither referee Mark Clattenburg nor his linesman Rob Lewis that day spotted it – despite the fact that it was obvious to just about all of the 67,962 people in the crowd that day.

Just to prove it isn’t only English officials who have an inability to see whether the ball goes over the line or not, Milan midfielder Sulley Muntari pops up with a header from approximately a yard out. Although Buffon makes a valiant attempt at palming the ball away from the line, it’s obvious to everyone else in the ground that Muntari has found the back of the net – except the one guy that matters 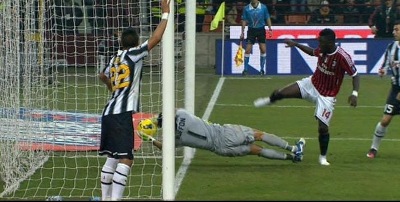 Lampard was involved in more goal-line controversy a year on from the World Cup but his ‘goal’ was far less clear cut. The linesman had an extremely difficult call to make when the Chelsea midfielder’s shot was fumbled by error-prone Spurs goalkeeper Heurelho Gomes and the shot-stopper had to scramble to keep it out of the net. The officials allowed the strike to stand, despite replays showing the ball had not actually gone over the line, and the visitors left Stamford Bridge empty-handed after a 2-1 defeat.

Chelsea were edging the contest at Wembley 1-0 thanks to Didier Drogba’s first-half opener when Atkinson awarded the Blues a second through Juan Mata in the 48th minute.

The Spaniard shot goal-ward through a crowded penalty box, but Benoit Assou–Ekotto cleared the ball with his feet while on the turf before the ball crossed the line.

Despite having a clear sight of the goal, Atkinson almost instantly blew his whistle to award the Blues the goal, a move which infuriated Tottenham’s players. 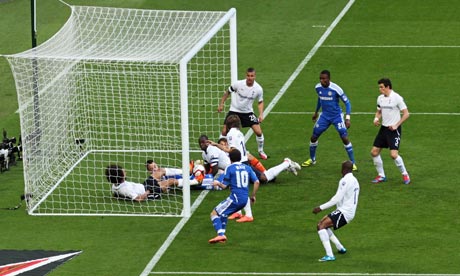 The Olympic contenders part I: Brazil
Everything You Need To Know About Olympic Football