Tottenham’s Modric to Fly to Spain For Real Madrid Move 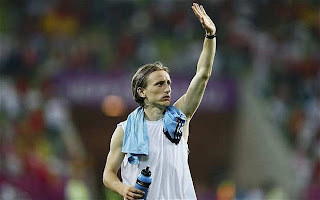 Reports are coming out that Luka Modric is all set to fly to Spain and complete a move to Real Madrid. Sources suggest that Real and Spurs have agreed a deal worth £30m which will take Modric to Madrid.

This transfer saga has been on going for some time now since Modric made it obvious that he wants to move away from White Hart Lane. He had earlier also refused to go to the US for Spurs pre season tour.

Now it looks like two of the summers longest transfer sagas are over with both the north london rivals all set to lose one of their key players with Robin Van Persie likely to complete a move to United this week.