The weather in July Britain this year is not quite what the British was looking for, yet the transfer window at this time of the year is never disappointing but always eventful and entertaining.

Long breaks from training allow managers to address shortfalls of their teams and explore solutions in the market. Trailing clubs fight to climb up the ladder, while the leading teams strive to retain their crowns.

Lucrative deals are always eye-catching, but it is Robin Van Persie who has stolen all the headlines this summer with his refusal to commit to Arsenal. No matter how much he appreciates Arsene Wenger’s patience towards his development, the Dutch star knows it might be his last chance in his career to win something. Cashing in their star striker is the only way Arsenal can avoid a lose-lose situation.

Although Van Persie did not force a move away from the Emirates Stadium like Luka Modric does next door, his decision to leave at this moment, in which the Gunners are beginning to harvest from restructuring, could reasonably be construed as abandoning the club that has helped him become what he is today. Ledley King, recently retired, however, expressed his profound admiration to the club and felt honoured to be a “one-club man”. Despite enjoying less glory than other one-club men such as Paul Scholes and Steven Gerrard, interests from bigger teams could not lure him away from Spurs. The trend in which trophies and/or money override loyalty and commitment is growing swiftly. 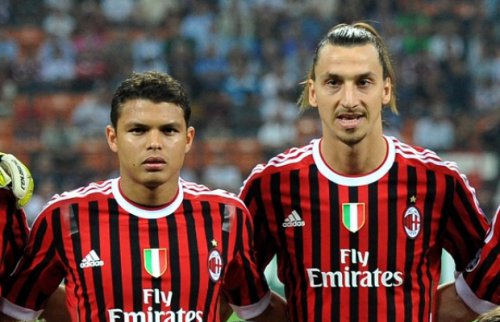 Now they team up in Paris

Thiago Silva actually did want be a loyal servant, although the cruel reality ends his dream to become another Paolo Maldini in Milan. Zlatan Ibrahimovic, on the other hand, is never afraid of plying trades in different clubs, as long as the contract fulfils his market value which is set by himself. A luxurious contract seems sufficient to compensate his sentiments and emotions with his clubs, while Paris St German is more than happy to pay the cheque for this trophy-magnet.

AC Milan has shown their awareness in sustainable development of a football club. While they have declared their interest in Leandro Damiao, his Brazilian fellow Oscar has already agreed to stay in London after the Olympics, joining Eden Hazard and Marco Marin at Stamford Bridge. Manchester United also kept pace with their rival by bringing in Japanese star Kagawa and is actively enquiring about another Brazilian wonderkid Lucas Moura. Together with Neymar and Ganso, the young South Americans are starting another wave of invasion into European football.
The values of the youths are rising, but the veterans do not back down in extending their careers. Didier Drogba and Seydou Keita secure their last big bucket of gold in China after tasting all the success in Europe. Dirk Kuyt, Niko Kranjcar and Vedran Corluka all have escaped to Eastern Europe for regular playing time – when the former two have failed to cement a place in their countries starting lineup in Euro 2012 – while Dimitar Berbatov is hoping some team could play him as their first-choice striker. 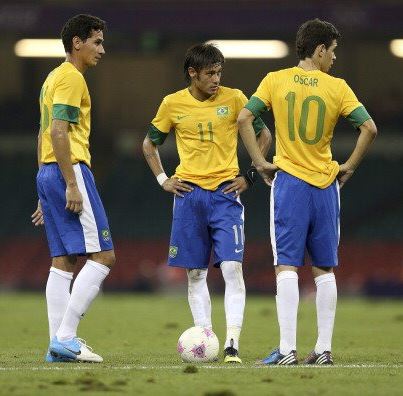 Elsewhere, Ji Sung Park rejected the Red Devil’s deal and joined QPR after deciding that playing time is more important than glory and wages at his stage of career; Danny Murphy ends his 14-year spell at the top tier league and joins Nuno Gomes at Blackburn Rovers in the Championship. Jonathan Woodgate snubbed Stoke’s offer and returns to his hometown team Middlesborough to give a hand in their battle for promotion and former Red Devils Tomas Kusczak and Alan Smith, both in their 30s, will strive to rescue their football career in Brighton and Yeovil Town respectively.

There are still refreshing news that tell us modern football is not solely about making big money. Let’s offer a big salute to those who, amidst the temptation of cash, can still keep their focus on football and continue to play with their passion.

The transfer window is never short of excitement. With a handful of big names remain unsettled and batches of youth talents coming in under the spotlight, let’s expect more surprises and drama with a month to go.